Indian Chicken Curry Recipes That Are Not Chicken Tikka Masala!

Don’t get me wrong, there is nothing wrong with a Chicken Tikka Masala!

I’m British and have eaten probably hundreds of variants of what was considered Britains most popular dish from the through to the mid .

But trust me that is not the be all and end all of ‘Indian’ chicken curry recipes.

Whether you want hot and spicy through to mild and mellow I got you covered. They are all here in my list of chicken curries!

But if you must… Here is my Chicken Tikka Masala recipe. Shhhhhhhh!!!!!! 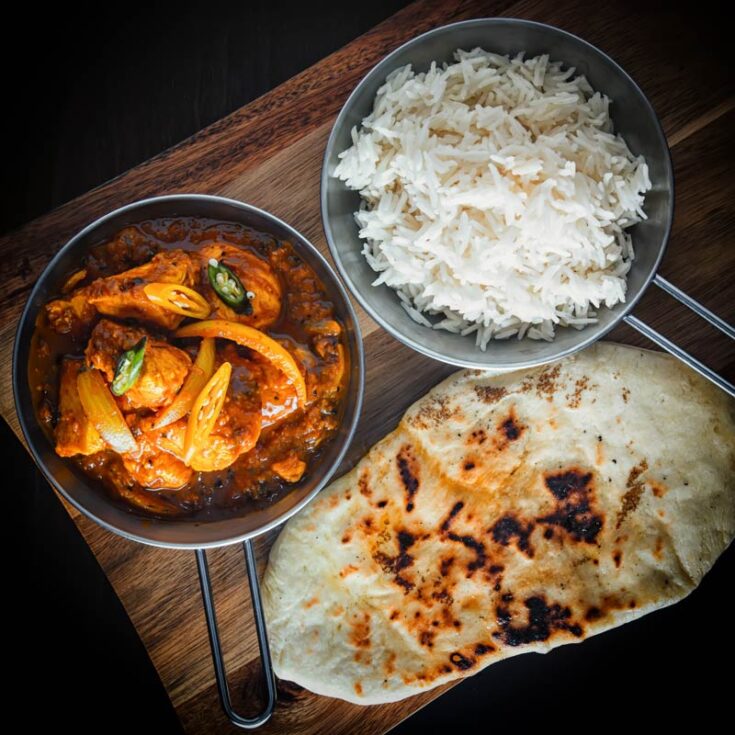 It would be rude of me not to kick off this list of chicken curry recipes with my favourite! Often found in the Great British Curry House it is a real delight. It is a dish with a Gujurati background and it is sweet and sour and features a real punch of chili. Seriously... Cook this then come back for the rest of the list when you are hooked! 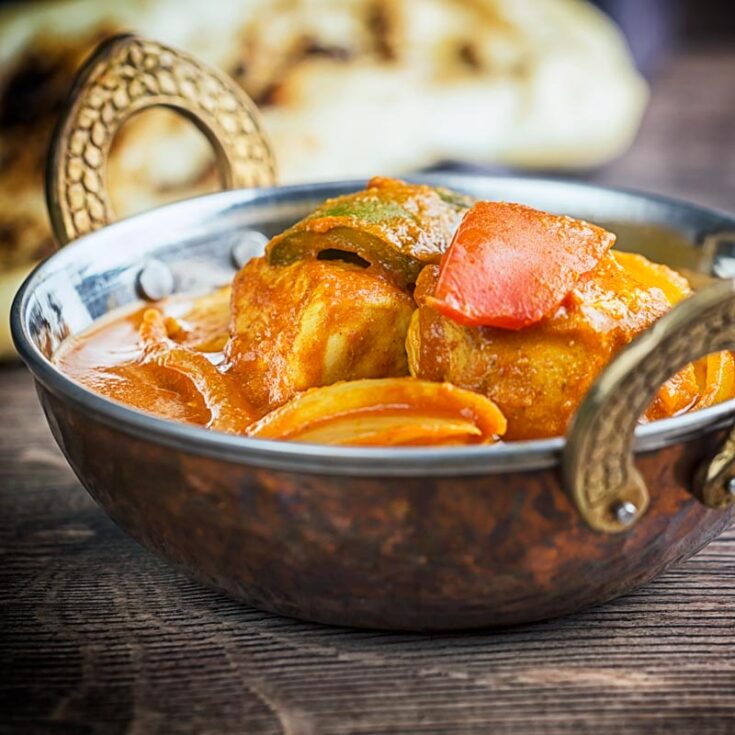 This exotic delight comes all the way from the dark, dusky and little understood land of Britain... Yup that's right the chicken Balti is dish created in Birmingham by Bangladeshi migrants to the Midlands. This dish forms curry memories for generations of folks from the Midlands. It has been rather successful too, there are now Balti restaurants in India... Go figure! 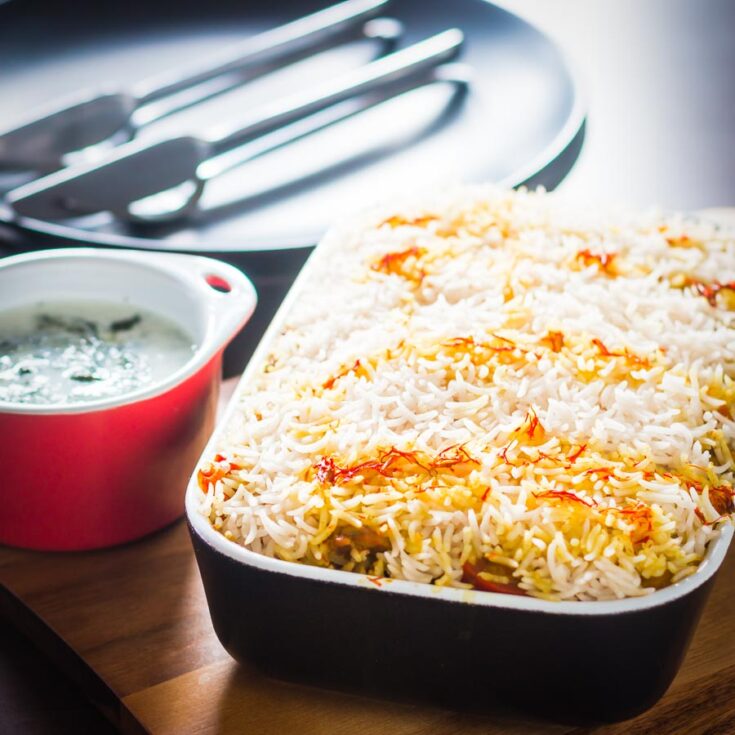 A Chicken Biriyani is a little tenuous in this list of chicken curry recipes. But in the UK it is always served with a 'curry' and the biriyani was my gateway drug into a love on Indian food. For that reason alone this chicken biriyani belongs in this list. 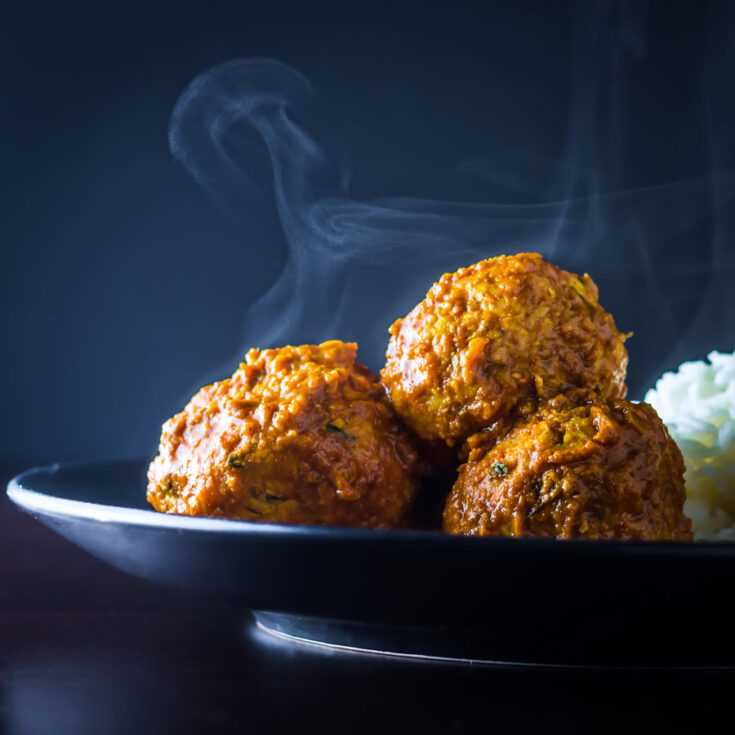 C'mon, who does not like meatballs? This chicken kofta recipe features spiced chicken meatballs that are predominantly flavoured with fenugreek. These are then cooked in a masala style sauce, make it as spicy as you like but this one is a real family favourite! 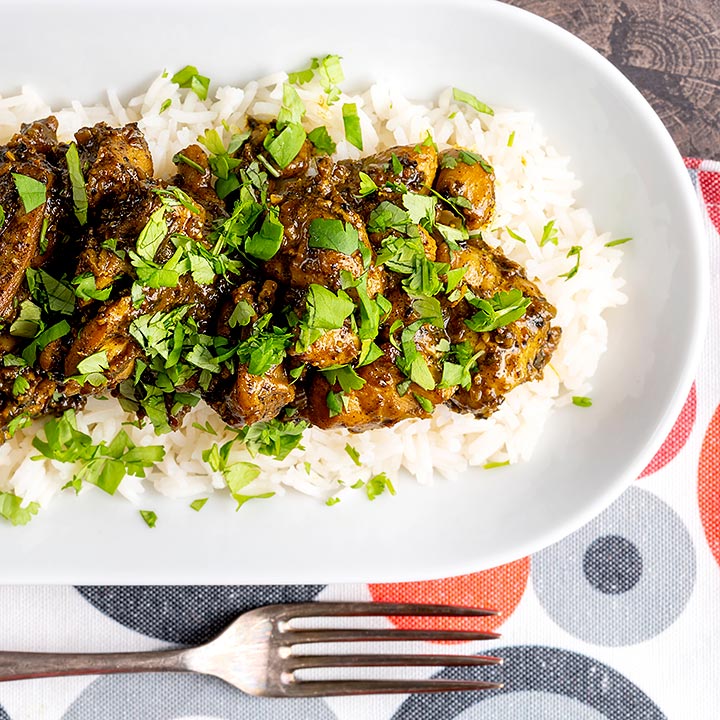 This chicken Chettinad curry is not unusual in the fact that it is fiercely spicy but in the fact that most of that spice does not come from chili.
This is one of my favourite chicken curry recipes and the heat comes from black pepper! That's right chili is not the only game in town when it comes to heat and this recipe exploits both the spice and complex flavour of black pepper, 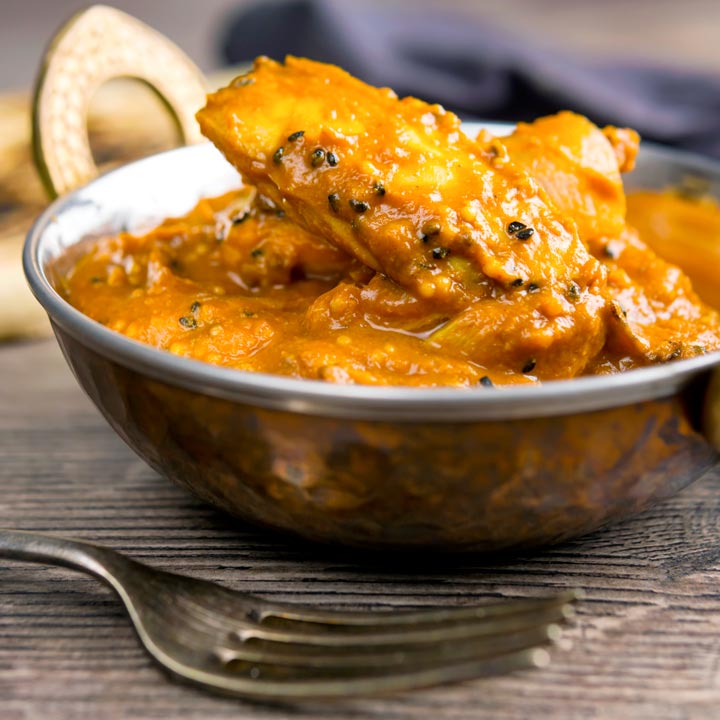 When it comes to Curry house British Indian Curries then the Jalfrezi is hands down one of the most recognisable. I've eaten it in Curry houses as from Scotland to the south coast of the UK.
A curry with a thick tomato sauce and one right in the middle of the 'spice' curve it is a real favourite! 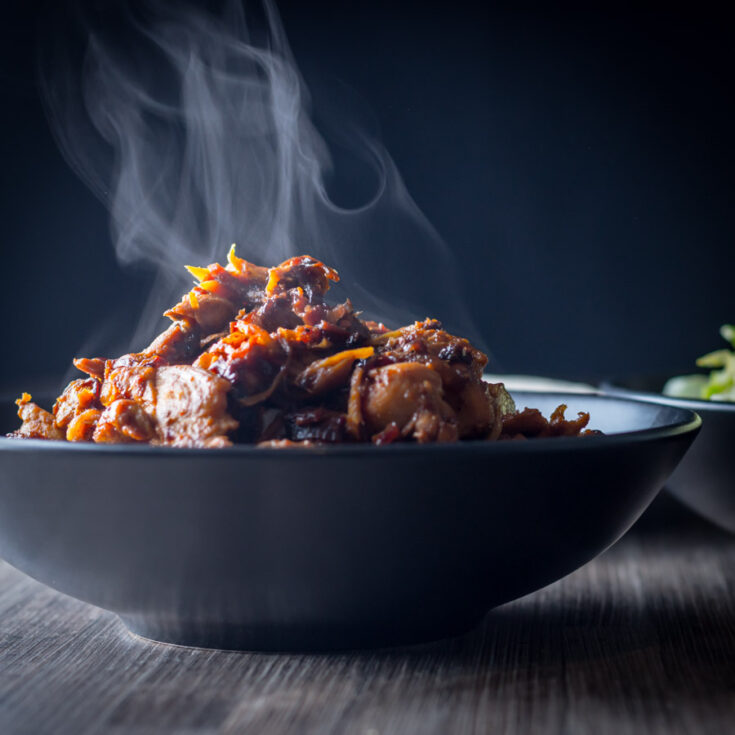 In many ways this 'curry' is the Indian equivalent of pulled pork. It is a street food often sold wrapped in a paratha on the street of Punjab. It is insanely good and gets the name chicken pickle from the profusion of vinegar in the cooking process. Gimme a bucket of this and a spoon and I would be a happy boy! 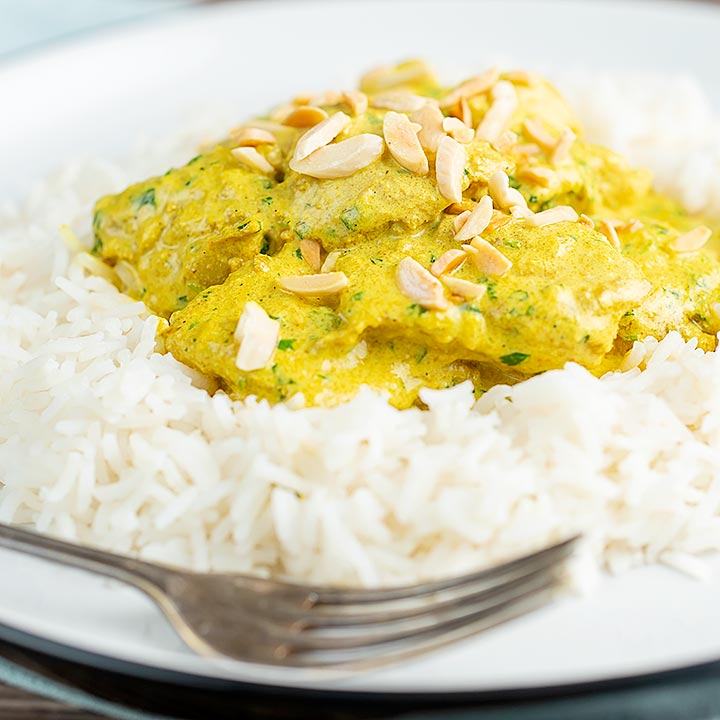 Often referred to as a curry for those that do not like curry a chicken korma is very much one of the milder chicken curry recipes I make.
That does not mean that this chicken korma recipe lacks in flavour, it is deep and complex but not at all confused! 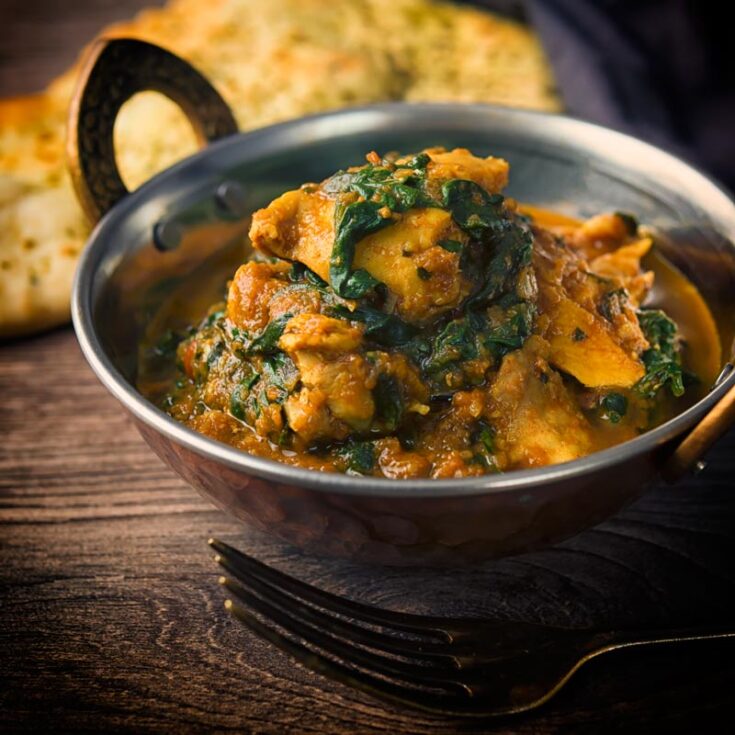 Some variation of chicken saag or saagwala was on practically every single Indian restaurant menu I ever visited. A relatively simple curry that definitely gives you your 'Popeye" quota of spinach. Mine is enriched with ghee and a lovely note of fresh ginger added towards the end. 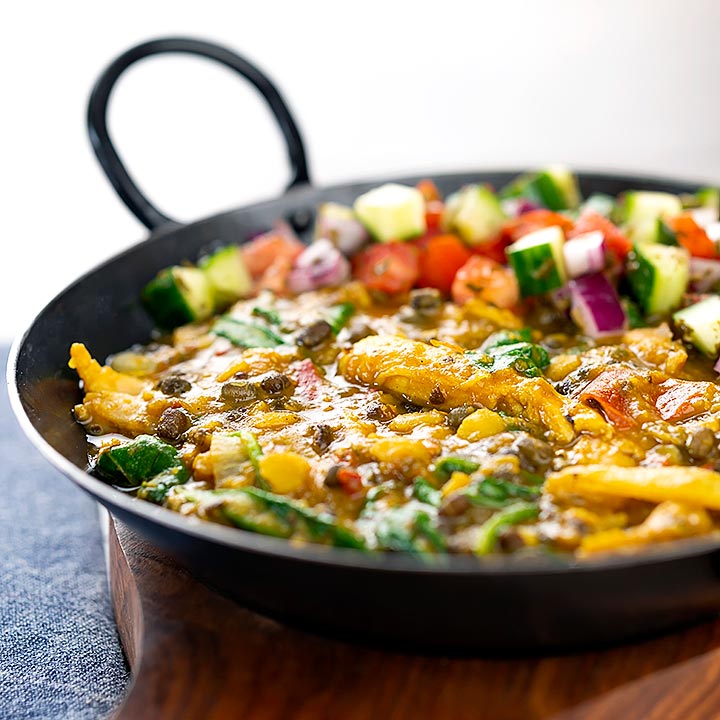 A chicken dhansak is a curious curry and one that is much more popular in British Indian households than Indian Restaurants. Whilst my sunday lunch consisted of Roast chicken when I was growing up, many of my Indian/Pakistani friends at school were chowing down on a Chicken Dhansak. A chicken curry with a thick and rich lentil based sauce. I like to blitz my sauce and add lots of spinach too! 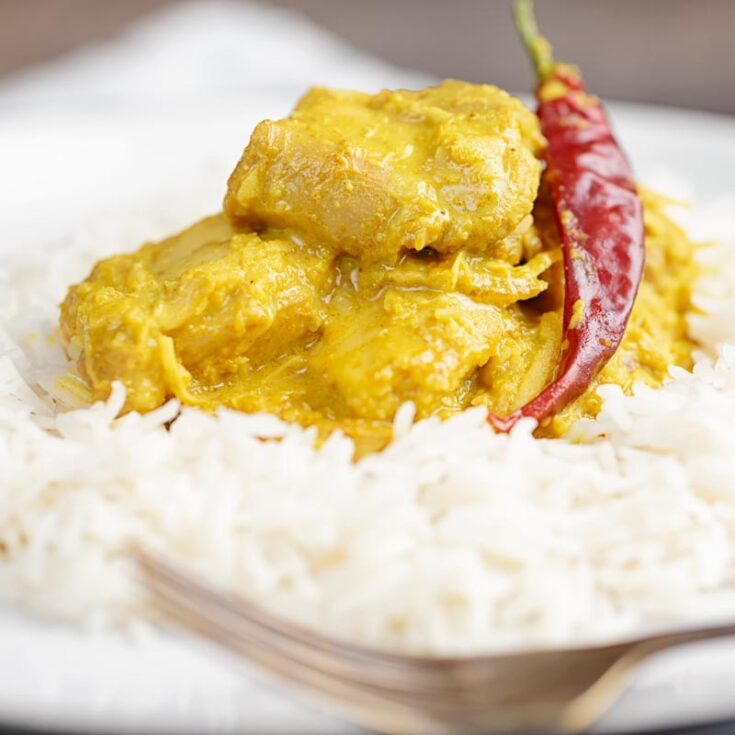 I have no idea where this recipe came from... It was a result of messing around in the kitchen with coconut. An ingredient that is often mistakenly thought of as being an ingredient in a chicken korma. This recipe is quite light and fragrant with aromatic spices like cinnamon and cloves. 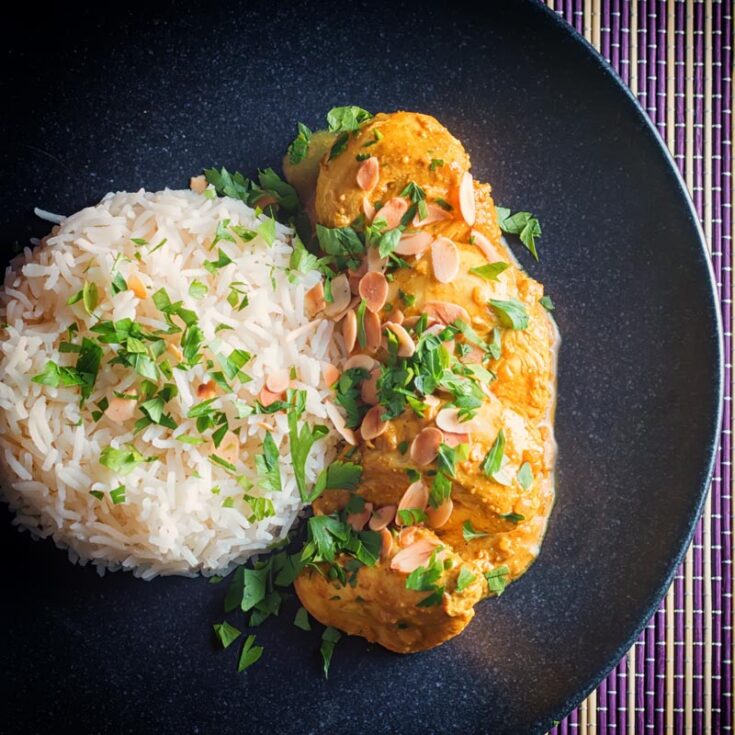 The chicken pasanda is a relatively mild curry but not one that is a shrinking violet in the flavour stakes. A yoghurt based gravy that is thickened with ground almonds helps mellow any spice in this recipe. If you are new to curry this is a wonderful place to start your journey on playing with the spices of India and Pakistan. 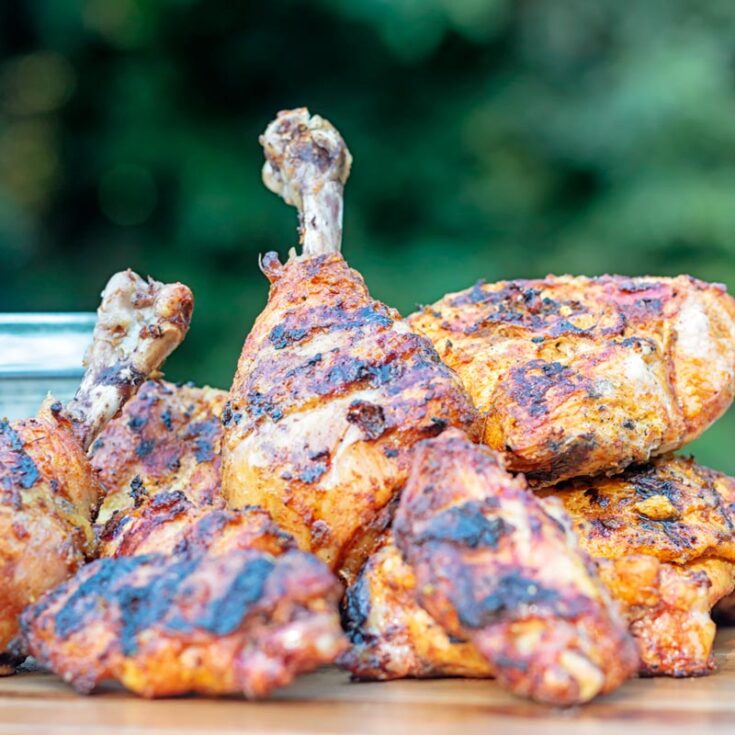 Another recipe that it tenuously a curry but most definitely Indian and absolutely all chicken. It is included because Tandoori Chicken can form the base of so many great curries, not least the butter chicken recipe below. My version uses the BBQ which, in lieu of a tandoor oven, is the very best way of cooking this Indian classic! 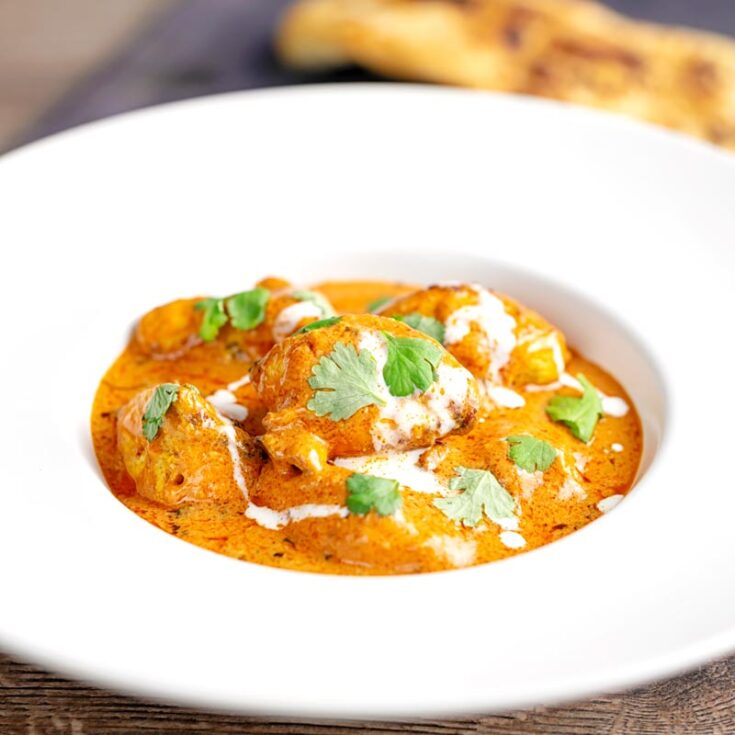 I have to round this list out with Butter chicken. It shares a great deal in common with the "not to be mentioned here" Chicken Tikka Massala. The Chicken Tikka Masala was rumoured to have been developed to satiate the desires of a drunken punter in a Glasgow Restaurant in the 1970's. The Butter chicken was developed as a way to 'recycle' leftover Tandoori chicken in a restaurant in Delhi in the 1950's! My version is rich in sour cream and ghee and features a sauce thickened with nuts and seeds.

Magnificent effort Brian. Thanks very much. As you are Brummie I should tell You I worked for Midland Counties Dairies in Aston in 1971 and at "The Sauce" in 1980- 1987. Last Patia was in Erdington and First Balti somewhere near Small Heath !!! Like the new "Print" scripts BTW. Regards Paul

Cheers Paul, I used to know the Small Heath area relatively well, the home of my team... For some strange reason, lots of people with links to the Birmingham areas seem to gravitate towards my site, I can't imagine why, surely it can't be curry? 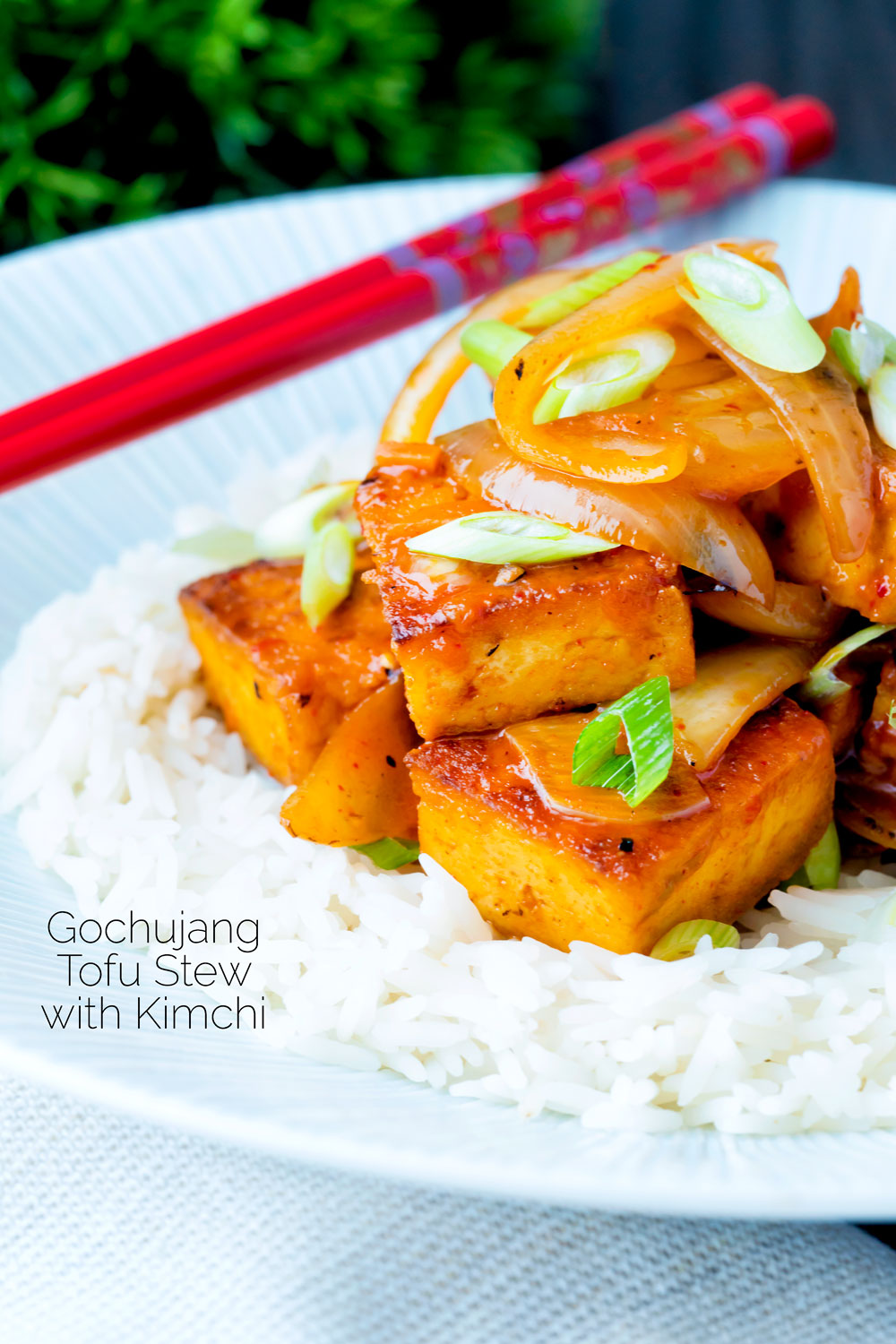