Rabbit is a much underused meat, delicate and lean it makes a perfect and simple sauce in this pot roast rabbit pasta recipe.

This pot roast rabbit pasta is the fifth rabbit recipe I have here on Krumpli and if any of them will convert you to a rabbit lover it is this one.

You will not believe the clean but magical flavours that just scream out of this most unassuming of dishes.

Despite being subtle, careful cooking can release loads of flavour from rabbit, another example of this is in these braised rabbit legs.

Sure it does not look all “whizz-bang” but by holy crap has it got game. See what I did there?

This recipe reminds me in many ways of my poached chicken breast recipe. It relies on simple flavours and cooking techniques to deliver big flavours.

Unlike my previous rabbit recipes, this pot roast rabbit pasta recipe is stripped right back.

It relies almost entirely on the rabbit cooked on the bone to form a pseudo stock with the base vegetables.

This stock is then reduced to form a dressing for the pasta. This is because rabbit has a subtle flavour so you need to be very careful with adding bolder flavours.

That, of course, does not mean that it cannot be done!

I cook a very traditional Paella recipe on the BBQ that combines both rabbit and chicken. Despite the big flavours of smoked paprika, you can most definitely taste the difference between the chicken and rabbit!

I even make a rabbit tagine loaded with glorious middle eastern flavours. The key is scaling them back to take note of the much more ‘subtle’ flavour of rabbit.

Of course, simple works just as well to as in this tomato based rabbit ragu and of course the very British rabbit stew!

I’m sure lots of you will wonder what rabbit tastes like.

Well, the answer is rabbit! Or a lightly flavoured ‘hare’, it is subtle and not at all like chicken.

I think most people say that white meat tastes like chicken because modern chicken practically has no flavour.

It has been bread out in favour of size and bulk, it is then easy to associate that ‘void’ with practically anything else.

Rabbit on the other hand particularly wild rabbit has that flavour that only exists when animals use their muscles.

I’m sure there are some uncomfortable with this idea of me associating meat with real world animals, but it is where it comes from.

This rabbit pasta was once a Brussel sprout stealing fur baby… I say that as the bastards have destroyed our sprout crop three years on the bounce now.

Rabbit is a much underused meat, delicate and lean it makes a perfect and simple sauce in this pot roast rabbit pasta recipe. 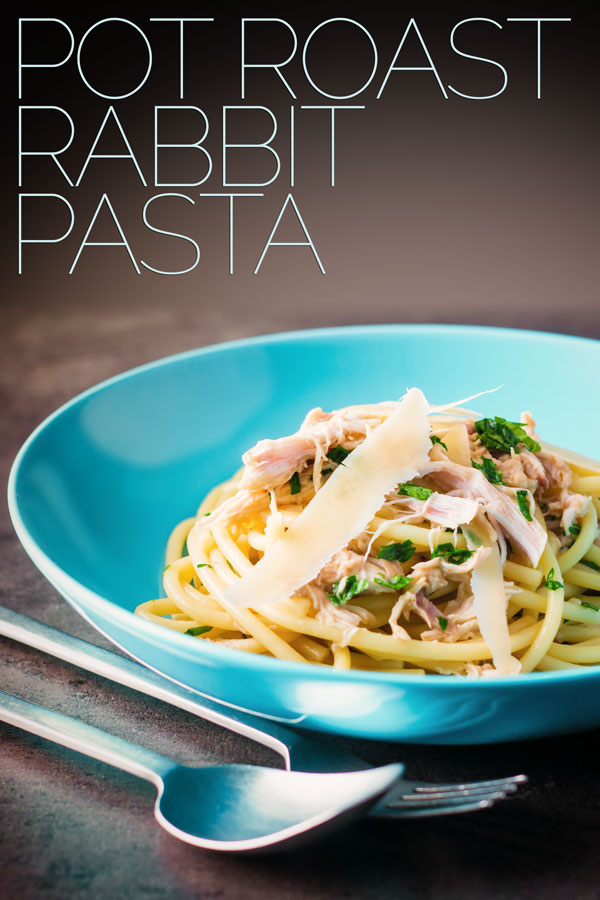 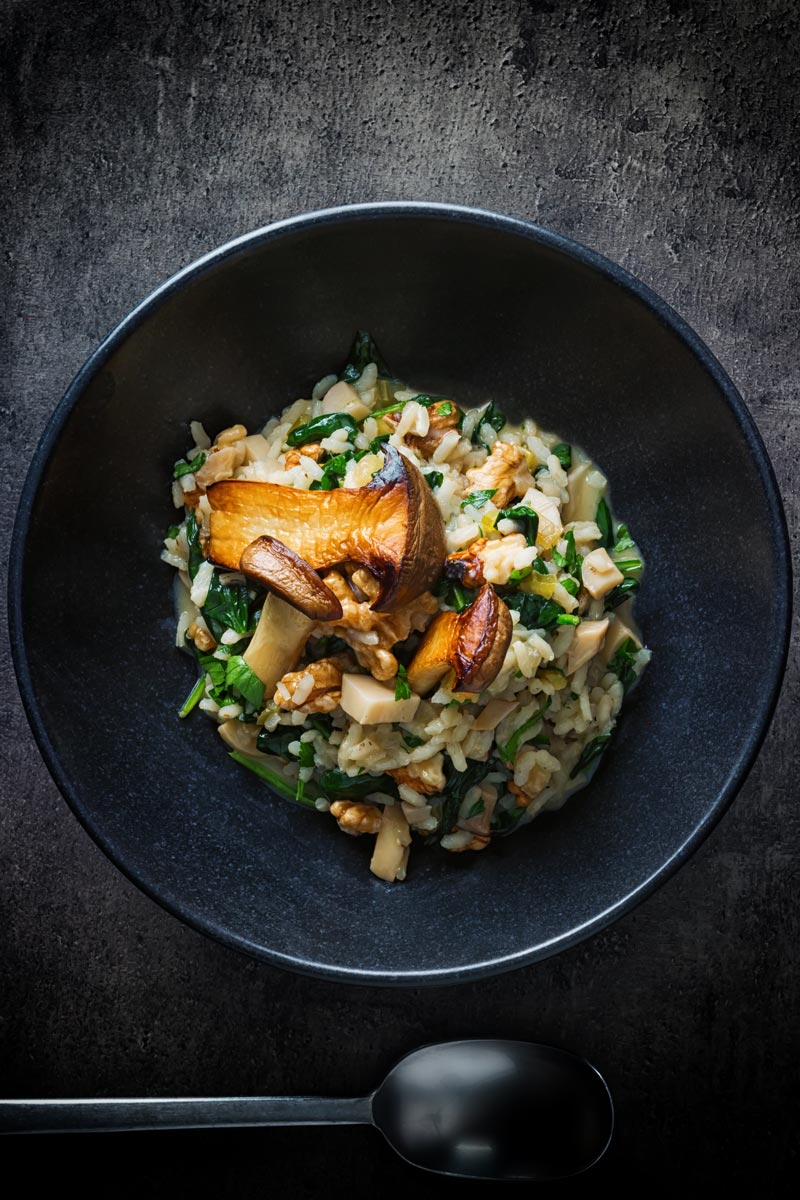 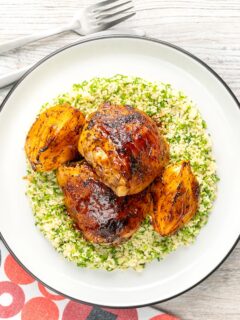 I could see this being a new comfort food favorite. Such a good idea for a chilly day!

I've been meaning to give Rabbit a go for a while now, I think this could be the recipe to start with! Looks so delicious!! Thanks for sharing :)

It is a great intro to rabbit, super simple to cook but avoids all the danger of it drying out.

What a lovely pasta recipe, my boyfriend would love this. I need to make it on our next date night.

It is perfect for it, special enough but not too much work. 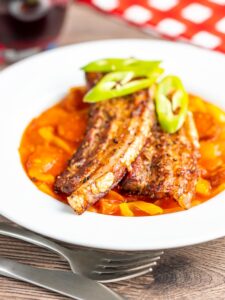 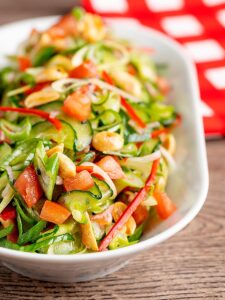