Baked Eggs in a Tomato Sauce.

One-pot dishes are always a fun and simple way of gettign grub on the table. This vegetarian North African tomato stew is one of my favourites.

Also spelt Shakshuka it is an ancient stew that spread across the middle east before taking on the world.

It is often associated with an Israeli Breakfast recipe, but I prefer it as a light dinner or heavy supper recipe.

Eggs baked in a tomato stew is very much global thing. Both Eggs in Purgatory and Huevos Rancheros pay more than a passing resemblance to this recipe.

In fact, I even have a second version that contains chickpeas and chorizo sausage!

This stew is absolutely perfect for using up those vegetables that are a little dinged up.

In fact, it is even better if the tomatoes are a little overripe.

This also makes it a great frugal dish, go shopping in the bargain bucket at the supermarket and get the “end of day” tomatoes and peppers.

You can even add vegetables like fennel or leeks which give a completely different flavour profile and texture to the dish.

The eggs, on the other hand, are best as fresh as you can get them. As eggs age, the white of the egg breaks down and becomes more liquid.

This means when you crack them in they will flow everywhere. Not really a problem from an eating point of view but it can look a mess!

If you are not feeling the spice you can omit the chilli and shift to sweet paprika. It works just as well and it is something that I often do.

This dish needs nothing but some crusty bread as far as I am concerned.

Although many folk, prefer this with a flatbread which is another good idea!

If you are a died in the wool carnivore then it can and would serve as a pretty foxy side to a perfectly cooked steak. Although you would need to scale it down in size a little.

The last word from me, this is a “from the pan dinner” for us. I will stick a trivet down in the middle of the table, grab some wine or a beer and some bread.

Then we tuck in fighting for the last of the sauce from the pan whilst catching up with the gossip of the day!

Garnish with lots of fresh parsley and serve with crusty bread. 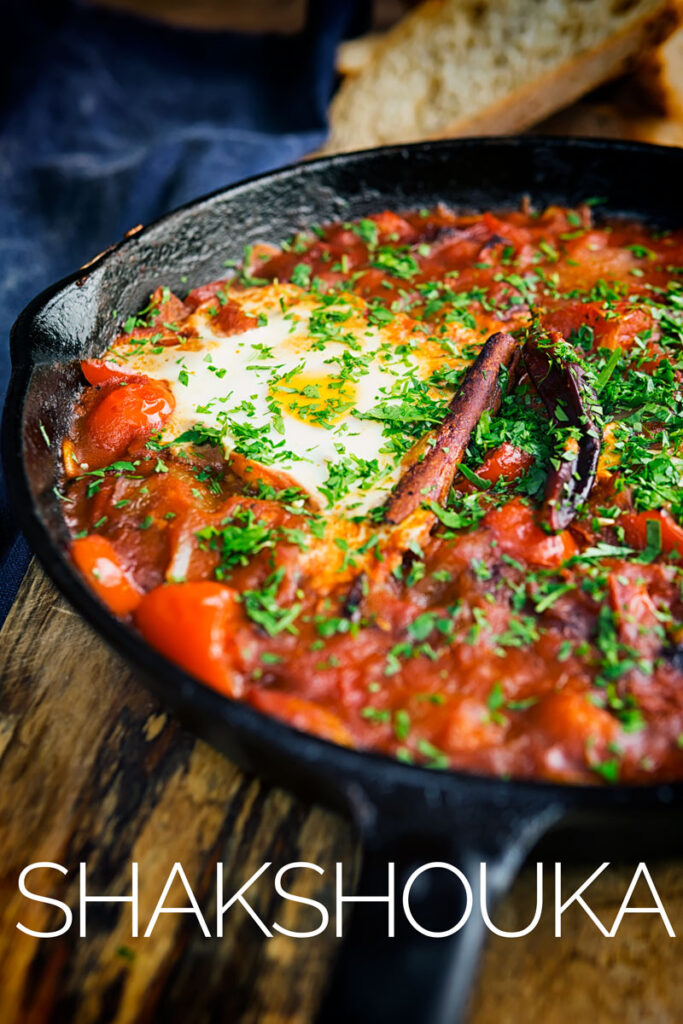 9 thoughts on this Recipe: