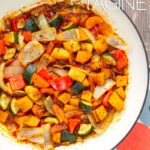 An easy Moroccan influenced vegetable tagine gets a whack of spice from harissa paste and a touch of sweetness from honey & dried apricots.

Regular readers will know that I am far from being a vegetarian! But that does not mean I turn my nose up at vegetarian food.

This tasty meatless veggie stew recipe is simply delicious, it is sweet, earthy, has a hint of sourness and a healthy punch of chilli.

It is loosely based on a my Butternut Squash Tagine and Sweet Potato Tagine recipes. But this Moroccan influenced vegetable tagine or stew was born of hating waste!

So it is a mish mash of vegetables that I had leftover one day and they work wonderfully.

This is a very similar approach to the one that I take to my vegetable karahi curry. What ever veggies I have get a look in!

I always have harissa paste and dried apricots in the cupboard so this recipe is a bit of frugal a freebie!

I have discussed harissa paste at length previously, feel free to use store-bought!

I have tried over and over again to make it at home and I have always been disappointed.

This recipe is vegetarian and depending on where you stand on the whole honey thing, vegan.

This spicy mixed vegetable tagine recipe joins a long list of them here on my site and not one of them has been anywhere near a tagine for a long time!

Ok enough already, here is another one, how about a duck tagine?

I used to cook them in traditional tagine but I broke mine over 10 years ago.

At one point in time, I was one of those people that swore you could tell the difference.

I was an eejit!

A traditional tagine has a big conical empty space that fills with the glorious steam from whatever you are cooking.

To mimic this you want to ensure that you do not crowd your pot and use a bigger one than you think you need.

Tagines like this and my more traditional Moroccan lamb tagine are typified by their big flavours. As a result, they do not need anything clashing with them.

In fact, as far as I am concerned what you want is something fairly neutral to carry flavour rather than embellish it.

For me, that means a light and fluffy buttered couscous hit up with plenty of fresh herbs or even some simply cooked bulgur wheat.

It is quick and simple to make and stretches the flavour so far!

When it comes to the vegetables please use this recipe as a guide and not as gospel.

I will throw in whatever vegetables that I have knocking around into this vegetarian stew. Cooking for two means there are always odds and ends that need using up.

Just a word of warning, if you are using harder vegetables like carrots, parsnip or sweet potato you will need to soften them a little.

I usually parboil them in boiling water for 10 minutes. You could cook them for longer but it would need an additional 20 minutes or so.

This would overcook any softer vegetables that you are using.

This spicy Moroccan influenced vegetable tagine is the perfect midweek, meat-free easy dinner, chuck it in the oven and knock up some couscous and you have a real low maintenance meal!

Like many of my international recipes, they are influenced by flavours and are not meant to be authentic reproductions of recipes! 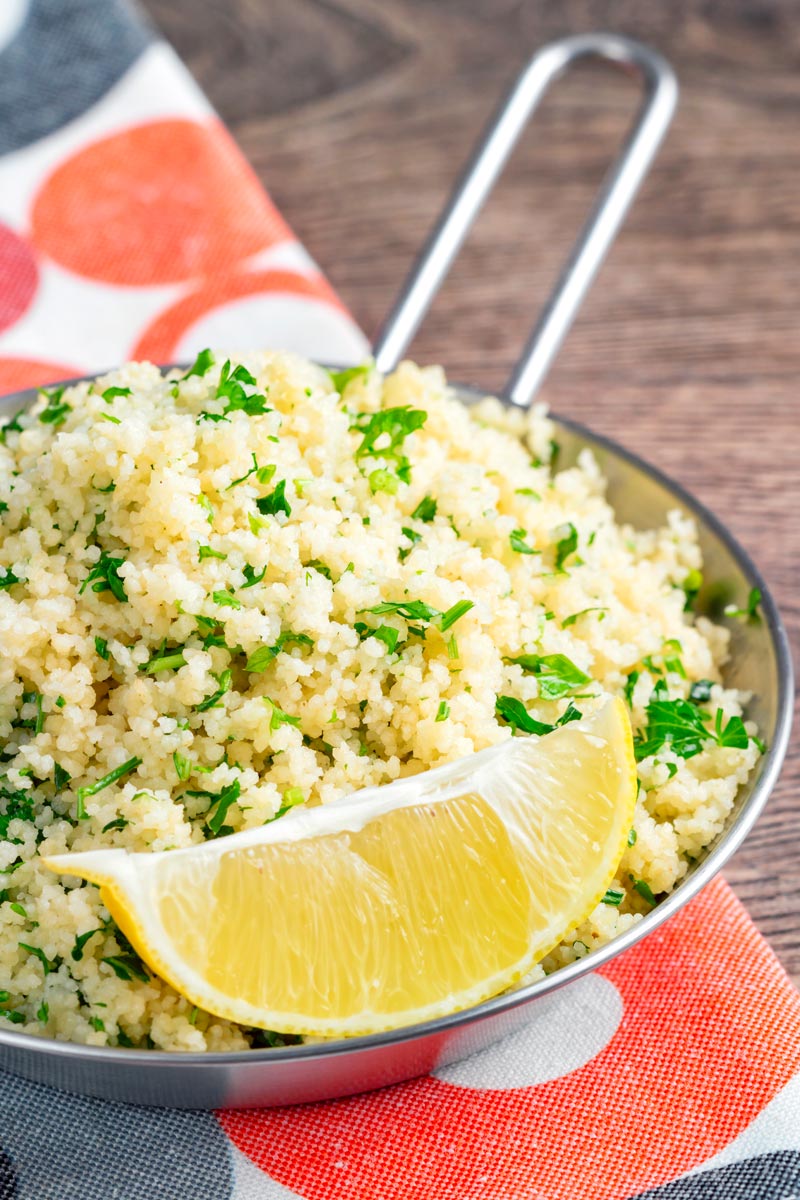 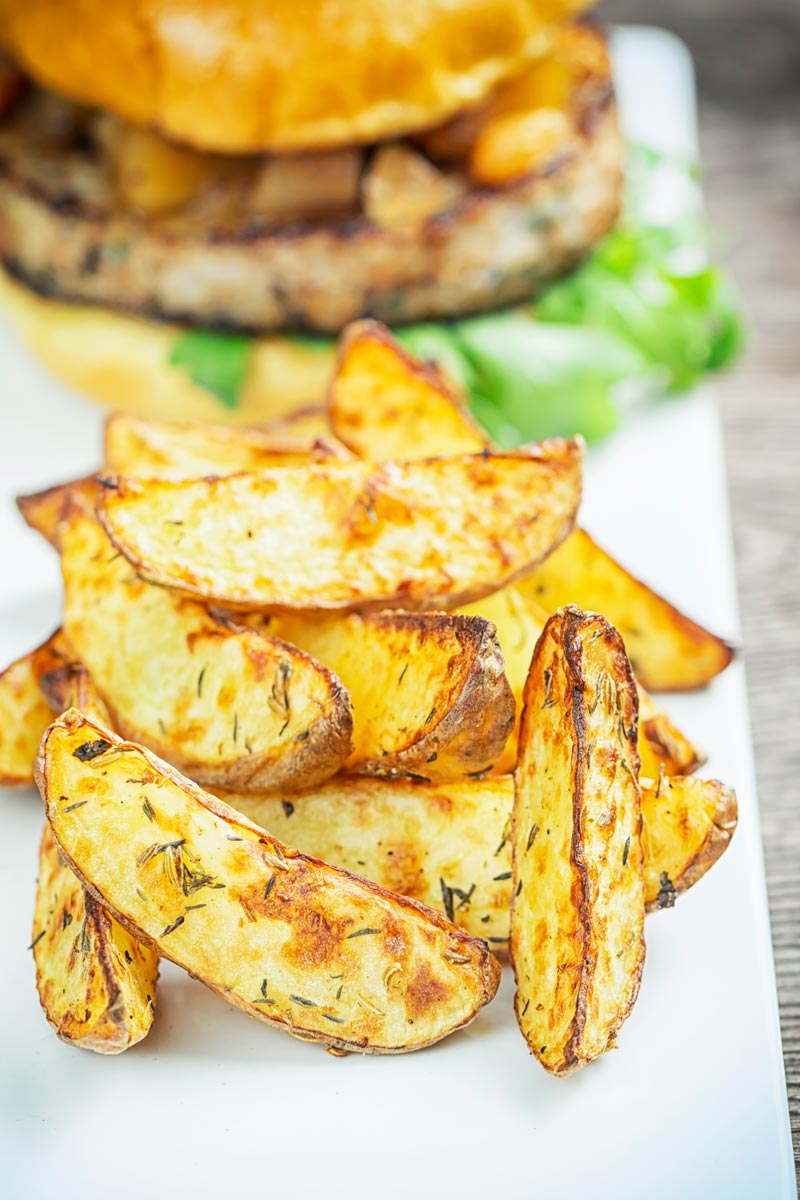 Next
How to Cook Potato Wedges Perfectly Every Time
Click here to cancel reply.