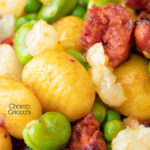 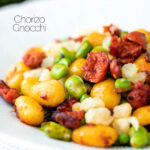 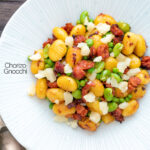 This recipe has a distinct Spanish and Italian cross over vibe, with the soft pillowy gnocchi being paired with Spanish chorizo and manchego cheese.

Simple gnocchi dishes are a great way to change up “pasta night”, gnocchi is quick to cook, tastes wonderful and is really affordable.

This chorizo gnocchi recipe uses a similar technique to my pan-fried gnocchi with bacon recipe. Fat is rendered from a piece of meat, in this case, sausage before being used to fry simply boiled gnocchi.

The flavours in this recipe are unashamedly Spanish in influence.

Chorizo sausage is a wonderful Spanish smoked paprika loaded sausage that also features in my Spanish pork chops recipe. But it is also wonderful with fish and seafood, I use it in my stuffed squid and pan-fried hake recipes.

It has a big and bold flavour that is lightened perfectly with the peas and broad beans in this recipe.

Sherry vinegar and creamy and slightly tart manchego cheese provide acidic tones to round out this easy gnocchi recipe. Similar flavours to those in my chicken and chorizo risotto recipe.

Should I use fresh or store-bought gnocchi?

You can use either, although for me this simple gnocchi recipe is a quick dinner.

As a result, this dish in our house is almost exclusively made with store-bought gnocchi.

Do I have to use cooking chorizo?

In this recipe it really is so much better, chorizo comes either cured or uncured.

Cured chorizo will not leach anywhere near enough oil to make this recipe taste right. It will also crisp up too much and make the dish less pleasant to eat.

Is there an alternative to sherry vinegar?

Sherry vinegar can be expensive but a little really does go a long way and it will last in your cupboard for a long time.

However, if you want a substitute I would use either cider or red wine vinegar.

Sherry vinegar does have a sweetness that the other two do not have, to mimic this I would add just a pinch (two fingers) of sugar and mix before adding to the recipe.

Is there an alternative to Manchego cheese?

Manchego cheese is a creamy sheeps milk cheese and has a slight sweetness reminiscent of fudge and a subtle tartness.

There are no real direct substitutions but other cheeses that would work well are:

Gruyere: Creamy, nutty with a sweetness.
Fiore Sardo: Smokey and tart, a great match to the smokey paprika.
Fontina: A creamy slightly softer cheese with a medium sharpness and a great nutty sweetness.

This gnocchi recipe is designed to be a complete meal but some bread to mop up the oils from the chorizo cheese are a great addition.

Something like this Galician pan gallego would be a nice addition, although I rarely make bread at home.

I would typically grab either some ciabatta or even focaccia from the supermarket and call it done.

This recipe is a perfect match for a nice Spanish Crianza Rioja if wine is your kinda thing!

This simple chorizo gnocchi recipe has a distinct Spanish influence, combining chorizo sausage with manchego cheese and sherry vinegar and lightened up with peas and broad beans.

I'd love to know what brand of chorizo you are using. Here I can only find Mexican chorizo or cured Spanish chorizo. Thanks!

I am unsure where you are from, I suspect you are from the US as Mexican chorizo is very rarely seen in Europe. As such I'm gonna struggle to help, here in the UK "raw" chorizo is pretty readily available from a host of suppliers.

I did a brief search and discovered that "La Tienda" sell both types into the US market. Sorry if this proves to be incorrect but I am very far removed from that market place. 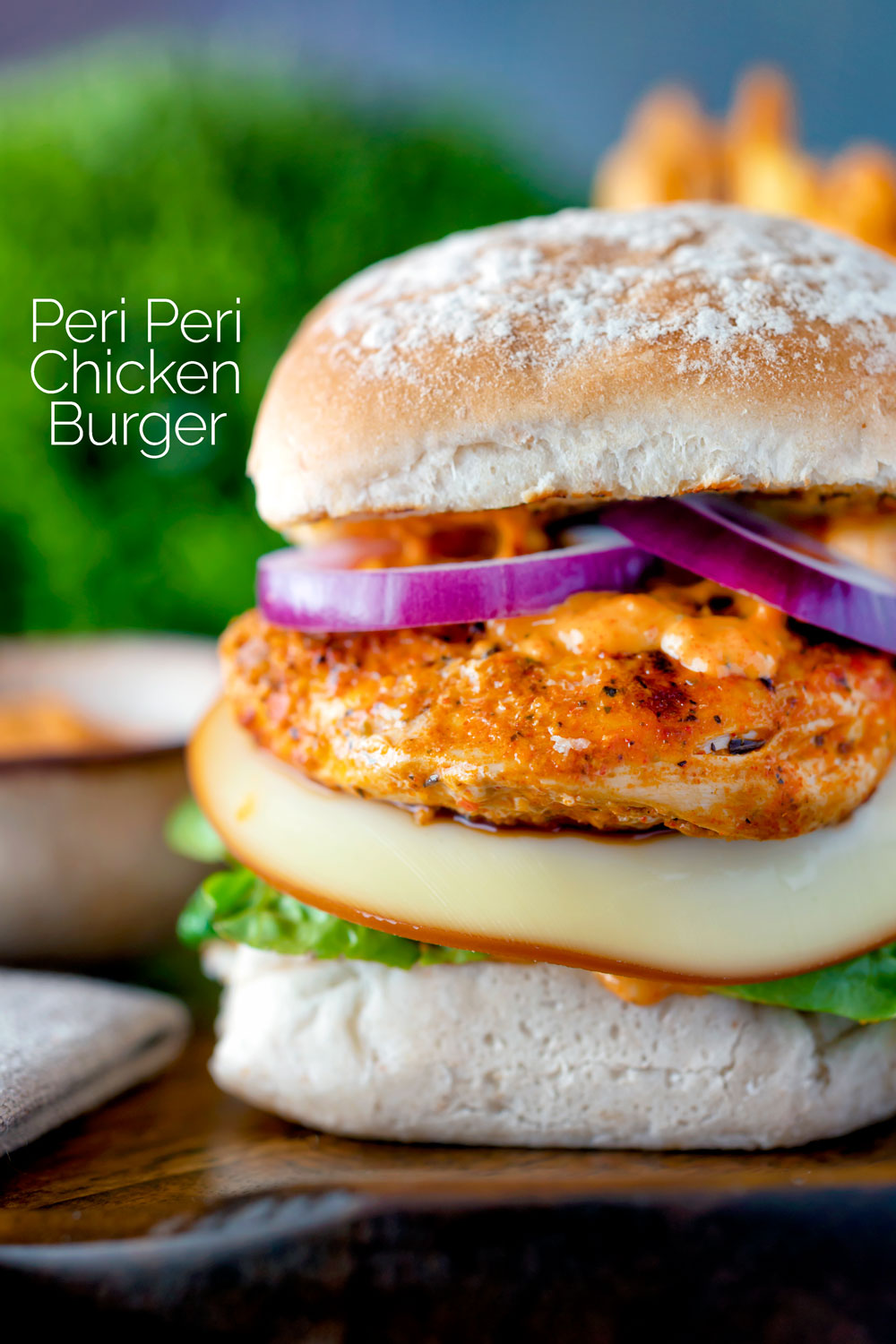