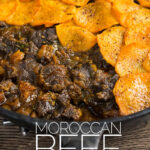 Depending on where you are from the name hotpot means different things. I’m British so to me a hotpot is a pie with a “scalloped” potato topping.

The most well known British variant is the Lancashire hotpot, which features either lamb or mutton.

A Chinese hotpot is a group meal, it is a broth that simmers away whilst you dip in an array of raw ingredients, cooking them in the broth.

Japanese hotpots follow a similar idea although can be less communal. The most famous is Sukiyaki and it features very finely sliced beef that you cook in a broth.

We have dried apricots and sumac offering the sweet and sour elements and a bit chilli to liven everything up.

Then rather than potatoes we create a sweet potato crust and cook it all up in a cast iron pan.

A classic British hotpot tends to be a one-pot dinner, much like my chicken hotpot.

This beef hotpot recipe is no different and is perfectly filling as a meal in and of itself.

But it is a very meaty meal and I serve this for two. Although I do often add a simple salad on the side, something like a scaled-down version of this carrot salad is perfect.

However, you could stretch this to a meal for four and add some sides. It is tempting to suggest some simple steamed vegetables.

But I would personally embrace the North African influence and serve this with a some bulgur wheat or buttered couscous.

If you wanted to increase the vegetable element then you could serve this with my roasted vegetable couscous. 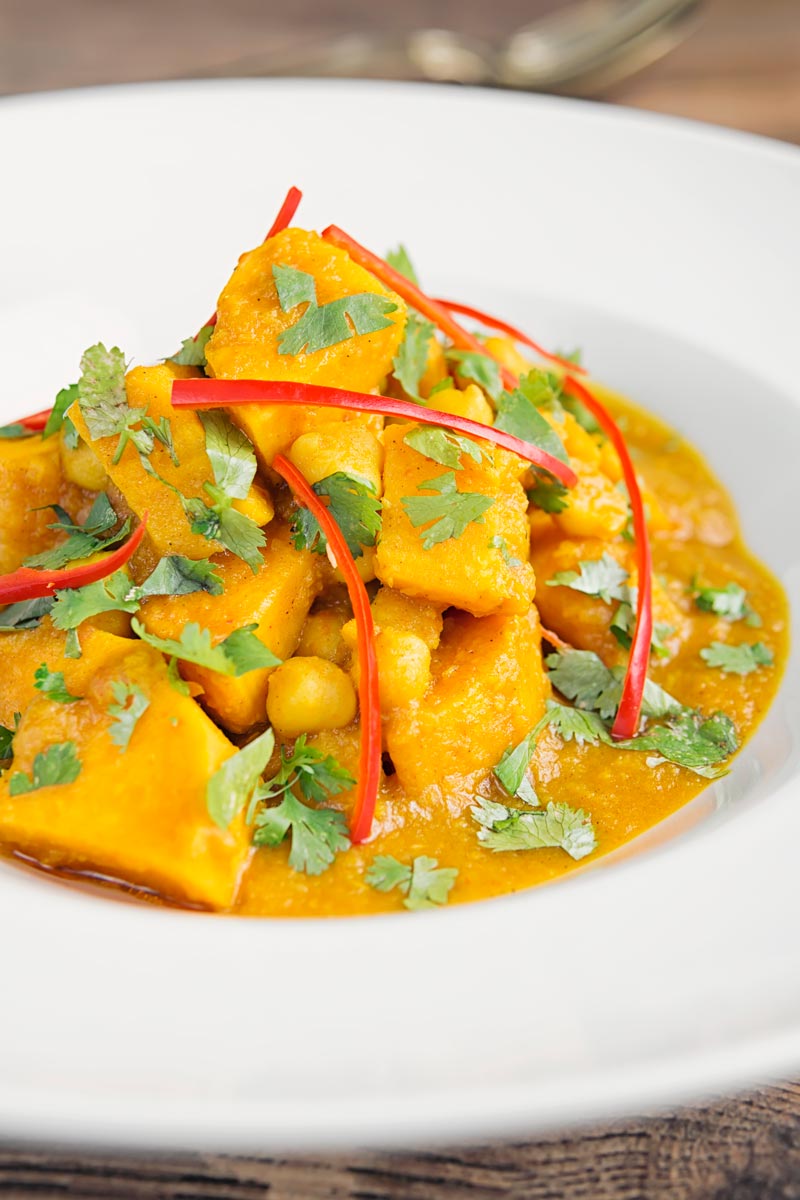 This looks delicious! Those sweet potato slices are yum!!! I love how simple the flavours are, can't wait to try it. Cheers