Whether you eat this roasted vegetable couscous salad as a side or parcel it up in a lunchbox it is a delicious, colourful & nutritious treat.

It is equally at home as a side to a tagine whether it be veggie or meaty as it is in a lunchbox.

In fact, that is why this recipe is a derivation from my usual “recipes for two” approach to cooking.

This recipe is often my lunch all year round using whatever veg is good at the time. Which makes it a nice departure from my usual approach to cooking couscous.

This dish does take a little time to cook but none of it is your time! You have 10-15 minutes work at most in the kitchen.

It will save in the fridge for 4-5 days comfortably.

Most of the ingredients in this roasted vegetable couscous recipe should be familiar to most.

There is however one that may be new to some, pomegranate molasses.

Pomegranate molasses is nothing more than a syrup made by taking the juice of a pomegranate and reducing it down.

As an ingredient, it is really common in Middle Eastern and North African food.

It has an astringent flavour that is quite tart but also a sweetness to balance it out.

It has a long shelflife and is a great addition to your store cupboard as it can be used in everything from dressings to glazes.

As for the vegetables, you should get creative and add in whatever is good at the market.

The harder the vegetable, the longer it takes to roast, as a result, the smaller you should cut it.

I have mentioned serving this recipe for lunch and that is the way I typically eat it.

If it is in the summer I will add loads of fresh parsley from the garden. If it is winter then it gets served nekid!

When it comes to serving this as a main course I have served it with recipes as diverse as my Lamb Kofta to Fesenjan and even my zata’ar halloumi cheese.

I do tend to avoid it with my vegetable-heavy tagine recipes though. 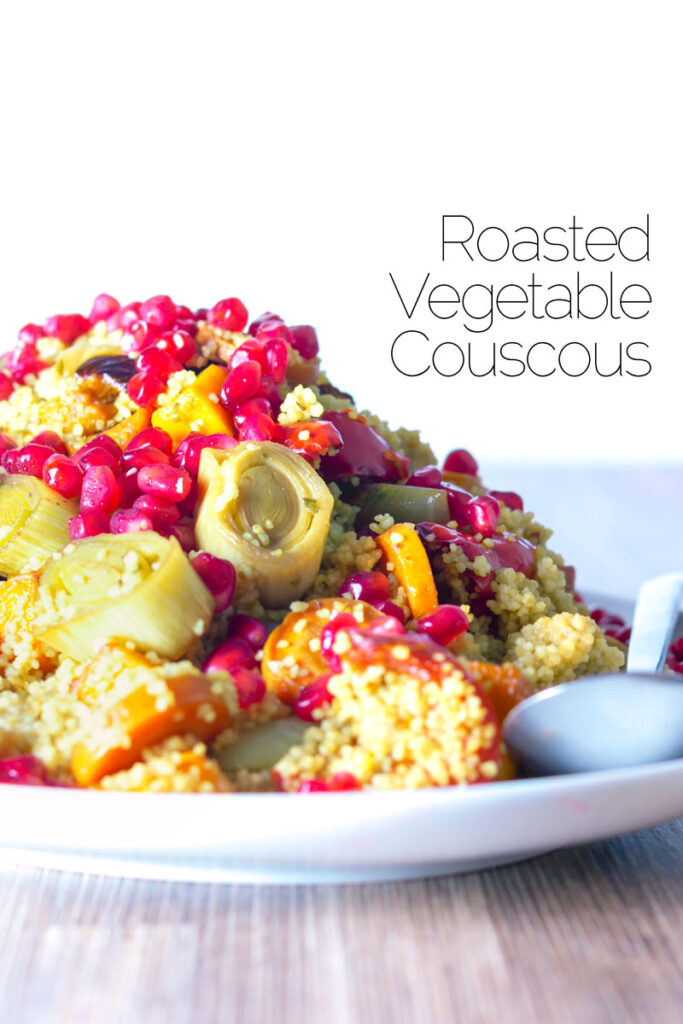 22 thoughts on this Recipe: