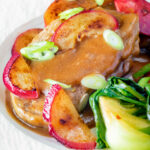 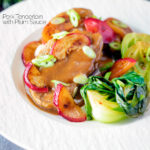 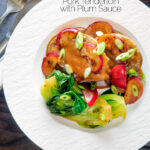 Pork with plum sauce, my version uses tenderloin or fillet, quickly seared in Chinese 5 spice, it is served with a fresh and simple sauce.

This recipe has some Chinese influences, but the fresh plum sauce is lighter and fresher than the takeaway version.

Pork with plum sauce is a classic favourite in a Chinese takeaway and I would be lying if I were to say that there was no influence from that in this recipe.

However, this dish is much heavier in fruit and less heavy on Chinese flavours, although they are still there.

If you are a fan of a Chinese takeaway style plum sauce, don’t worry, I have that too! It is a slow cooker recipe and one that I use in my duck with plum sauce recipe.

But here I make a much thicker sauce that verges on a plum puree.

The pork medallions are seasoned with Chinese five spice and Szechuan pepper then cooked for 60 seconds on each side.

Finally, some fresh plums are sauteed before being served, and the whole thing is done and dusted in 30 minutes!

If you like fruit in your Chinese influenced dishes then you must check out my plum and duck stir fry!

Does the pork really cook that quickly?

Yes! This is a really lean cut of meat, and pork fillet can be roasted whole in less than 15 minutes.

By bashing it thin and searing it in a very hot pan the cooking time is reduced further. 3-4 minutes of cooking time is ample to reach the minimum safe temperature of 63°C or 145°F.

Can I use pork chops or pork steaks?

Yes, but you will need to cook them for much longer before adding them to the sauce. If you cook them in the sauce it will thicken too much.

I would cook pork loin steaks in a pan for 3-4 minutes per side and then add to the sauce for 1-2 minutes.

Why is there a range of honey recommended in the recipe?

The amount of sweetness needed will depend on two things. First your taste and secondly the type and ripeness of your plums.

Start with a little first, have a taste and add more as required.

I serve my pork tenderloin with plum sauce here with some simply steamed pak choi but stir-fried pak choi would work equally well.

You could also serve it with my broccoli stir fry or even my stir-fried asparagus when it is in season.

Rice is also a simple and delicious side dish to serve with this pork tenderloin recipe.

I usually opt for plain boiled or steamed rice. But, if you are planning ahead egg fried rice is incredibly easy to make!

One final suggestion for a side with this dish and I will let you get on with cooking… how about some simply stir-fried chow mein noodles?

Pork tenderloin seasoned with Chinese five-spice and Szechuan pepper flash fried and finished in a fresh plum sauce and all in around 30 minutes.

Just yes to all of it. YES! I'm off to pin this one Mr Krumpli as I see it making an appearance on my menu soon. Thank you :) Jane x

This pork tenderloin looks fabtastic Brian, love the spices you combined for this amazing dish!

This looks beautiful, we don't eat pork very often but this looks worth a special treat

Cheers Amy, we love pork and tenderloin really is a special cut.

I love the flavours in this, great idea to deconstruct the typical plum sauce and instead use the ingredients without turning them into a sauce. Looks so pretty and great way to use the plum bounty right now.

Thanks Kavey, it's really tasty. 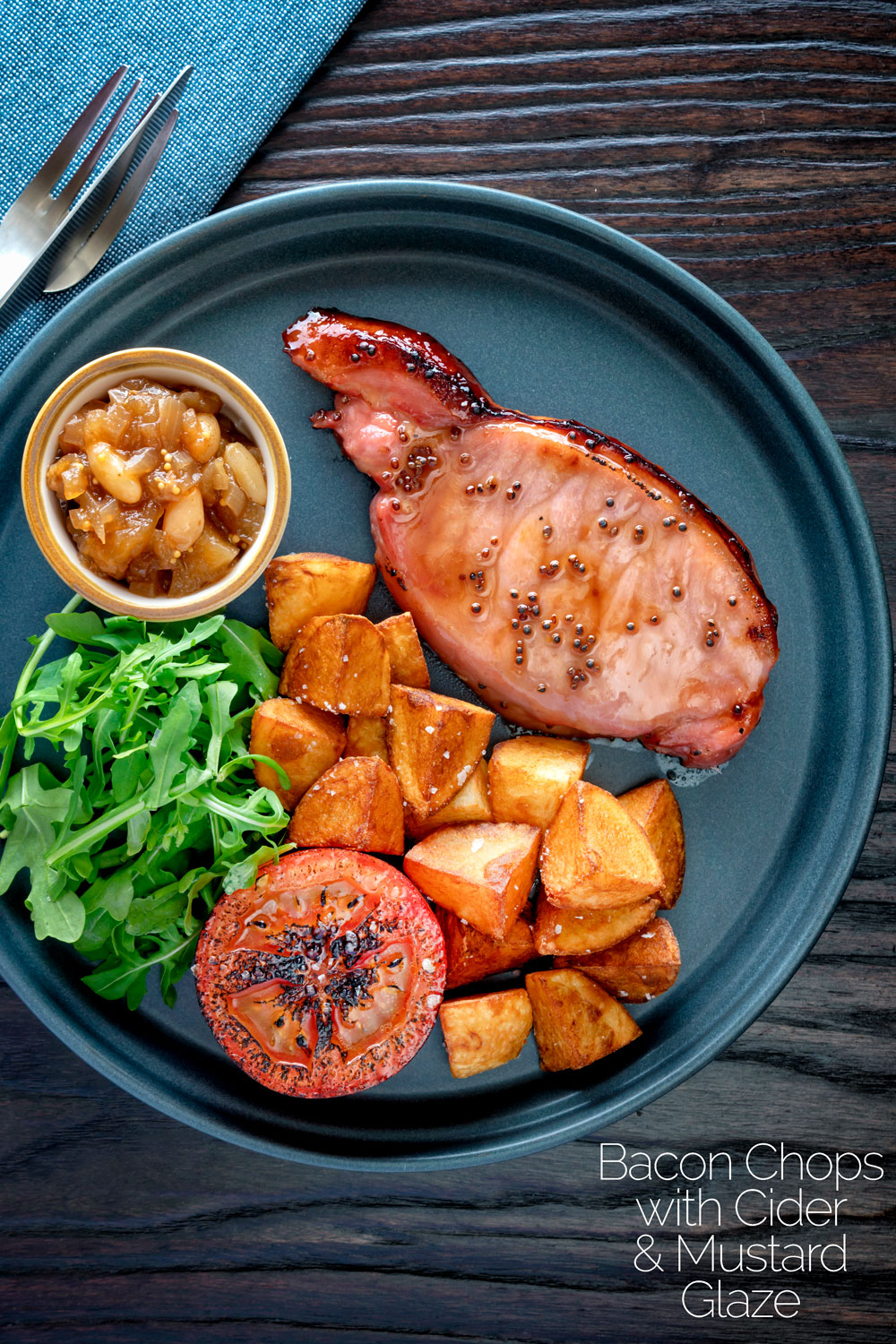