A fiery hot dry curry from the south of India, Chicken Chettinad is typified by its reliance on black pepper for both heat and flavour and is a real barnstormer.

There are a whole host of Chicken Chettinad recipes, or indeed Chettinad chicken, on the web and I have no idea which of them are authentic. I do know which sort of iteration is my favourite.

Unsurprisingly it is this one!

While it may be true that there is a variety of iterations of Chicken Chettinad. The common theme among them all is the importance and prevalence of black pepper.

I have mentioned numerous times how much I love black pepper. In fact I think it is the most underrated, or at least most taken for granted spice in the kitchen.

It is equally as capable of providing a punch of heat as any chili. As an example, it is the principle spice source in my Mulligatawny Soup, probably the spiciest recipe on my site!

As curries go this one is fairly new to me, it certainly was not a regular on Indian restaurant menus in the UK.

This is very much a south Indian chicken curry, most British Indian Food is heavily influenced by North India, Pakistan and Bangladesh. So it is not really surprising that it is relatively new to me.

Just like all food Indian food has massive regional differences, and there aint no such thing as ‘just a curry’.

This curry is very much spicy chicken fried in the best of Indian spices and I very much favour the dry version of this recipe. No naan bread for this recipe, go for chappati instead!

I have seen many ‘wet’ versions of this curry and it just isn’t for me. I am sure many regular readers will know I very much favour a much thicker dryer sauce in almost all of my Indian Curry Recipes.

I’m definitely not down with the curry as soup ‘thing’.

I love black pepper, it is one of my favourite spices and one I even tried to grow myself without any success!

Avid gardeners may want to check out this how to grow pepper guide.

Undeniably black pepper can add so much to a dish but it can very much be overdone. Or even on some occasions completely inappropriate in a dish.

Like many people I grew up with salt and pepper on the table and it was typically put on dishes without even checking… Because that was just what happened.

Now I don’t even have salt and pepper to put on the table.

Season As You Go.

Seasoning should be done throughout the cooking process but it is not an exact science. I am a huge advocate of tasting food as you go.

It is not an exact science simply because not all salt or indeed pepper is the same in terms of intensity.

The majority of my recipes contain no measurements for seasoning although unusually this Chicken Chettinad recipe does. You should still taste though!

Seriously you have a spoon use it, double dip if you need to. But please check your food as you are cooking and season as you go.

Most importantly if you think black pepper is too overpowering for a dish then do not use it.

Although whatever you do, do not try and skip the black pepper in this recipe, cook something else instead.

A fiery hot "dry" curry from the south of India, Chicken Chettinad is typified by its reliance on black pepper for both heat and flavour and is a real barnstormer! 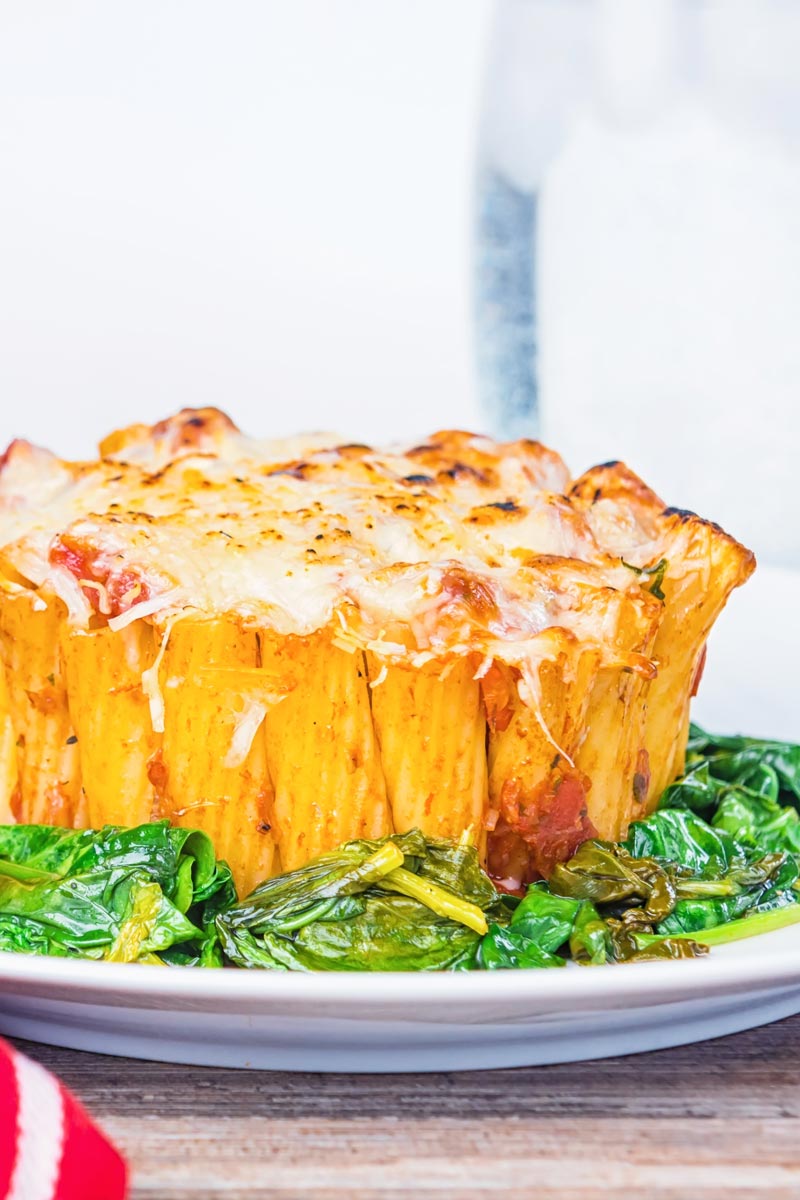 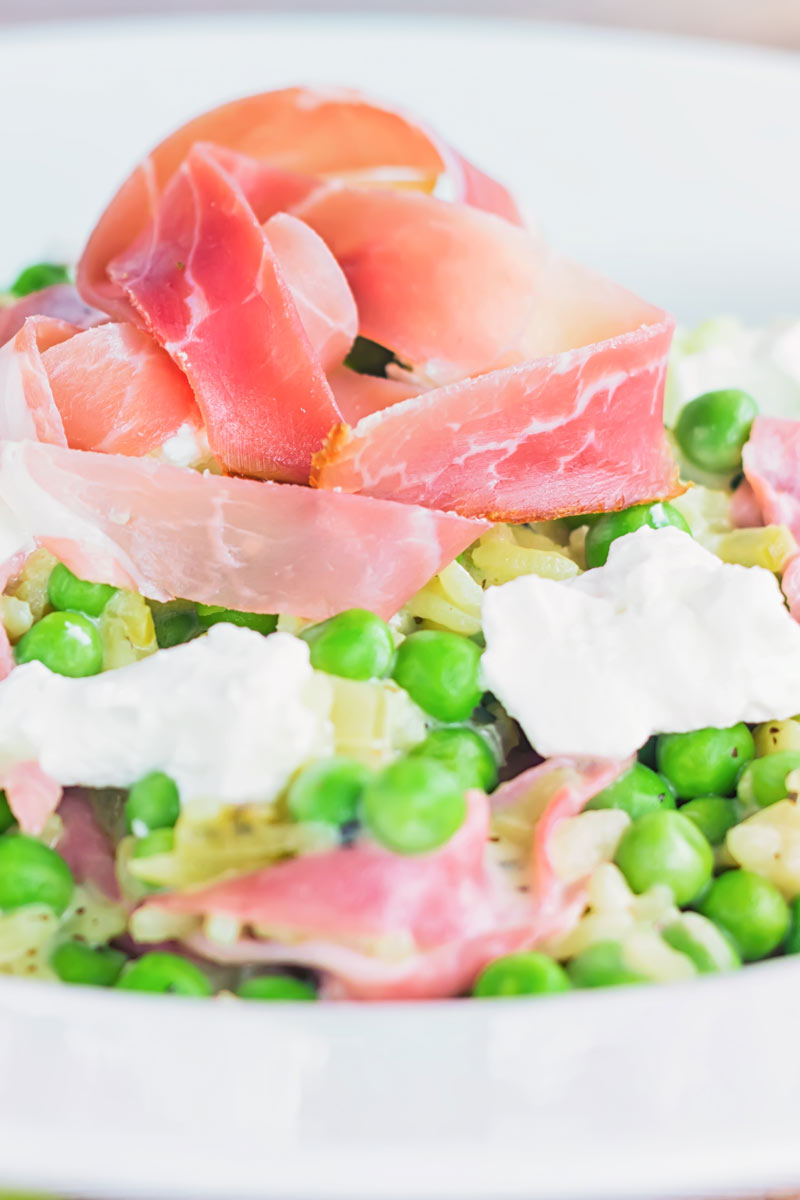 Next
Pea and Ham Risotto with Goats Cheese

This is the first authentic pepper chicken recipe I came across online. Made it ( I also added some fennel seeds to the dry roast ingredients) and it tastes exactly like the yummy pepper chicken you get in the small and authentic restaurants in the Chetinad region. Thank you Brian ?

That makes me very happy to hear, I was working on memories of flavour and texture. This recipe took me quite while to get right before I published it, so I'll do a happy dance that you think I got it right :)

BTW I like the idea of adding fennel, I'll definitely give that a try next time I make it!

Brian absolutely fantastic yet again. This is the fourth of your curry’s I’ve cooked and everyone of them is amazing. Thank you

Oooo so glad you enjoyed this one, it is one of my least found curries and one I love... The heat from black pepper is so different and such a great flavour.

Black pepper is a wonderful strong flavour, and I happen to think it is a great addition to chicken dishes. This recipe sounds delicious, full of warmth and with the kick of the pepper, really tasty. A great idea for a supper dish.

Thanks Helen, I could not agree more, it is a shame that we often take black pepper for granted rather than considering it as being a flavour ingredient that we add to recipes.

I love a good chicken dish and this one looks and sounds absolutely delicious. Perfect idea for a healthy dinner!

I never really consider how 'healthy' any of my particular dishes are I suppose this one is fairly well behaved :)

My husband loves spicy food.and I can't quite do the level of spicy he can so always a debate for dishes like these when we cook at home. Somehow we made it work and this looks like a delicious one to add to our menu rotation. Do you think we could use chicken breast instead of the thigh or would it not be right flavor?

Pepper is a very different heat to chili, still fierce though so you might want to scale it back. You certainly could use chicken breast, the flavour of chicken will be a little milder but most of all you just have to be careful about it drying out so maybe cut it a little larger or cook it less :) 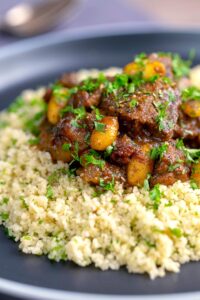