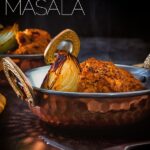 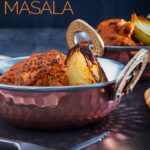 The Indian curry from the famous Indian province of Glasgow!

It features yoghurt marinaded boneless chicken then grilled under a fierce heat. This would originally have been done in a tandoor oven. But a grill or broiler is a great substitute.

It is then finished off in a heavily spiced and slightly sweet tomato sauce.

It is utterly delicious and a great place to start for any novice curry cook.

Are Chicken Tikka Masala and Butter Chicken The Same?

You would not be mistaken in thinking that this recipe and butter chicken are similar dishes.

They are indeed very similar, in fact, the only difference between the two is the sauce.

The sauce in a chicken tikka masala recipe is not butter heavy, whereas the sauce or gravy for butter chicken is.

Seriously that is the only real difference between the two.

Obviously, in a restaurant environment, this broadens your menu with little effort!

The grilled or broiled chicken tikka is an essential part of the recipe, do not trust any tikka masala recipe that omits this process.

The Origins Of The Chicken Tikka Masala.

My favourite story about the origin of this chicken curry recipe involves beer… It would, wouldn’t it?

Rumour has it back in the 1960’s a drunken punter strolled into a curry house in Glasgow and order a chicken tikka.

When his dish was presented he complained mercilessly that it was dry and where was his sauce.

The waiter took away his dish and returned it to the kitchen where the enterprising chef fashioned a gravy from a tin of tomato soup.

Just like that, the chicken tikka masala was born.

In reality that may or may not be true.

However, the dish is born of the Bengali leanings of migrants to the UK from what was then East Pakistan. It is food that I love, as you can tell from the vast number of curry recipes I cook!

I like to keep my sides to a curry simple and fairly neutral.

There are so many flavours in a good curry that adding a second curry or strongly flavoured dish seems odd to me.

I usually favour a simply cooked basmati rice and then a flatbread.

As a Brummie then that flatbread should be a naan bread to me. But you could add a roti or chapati and be as good as gold.

Most importantly do not forget the beer, a curry and a beer is at the heart of where this recipe came from!

And if you are on the hunt for more curry then check out all of my chicken curry recipes.

A chicken tikka masala is often the recipe first thought of when curry is mentioned, my version cuts back on the richness but leaves all of the flavour. A true British Indian classic recipe!

For the Chicken Tikka:

For the Masala Sauce: 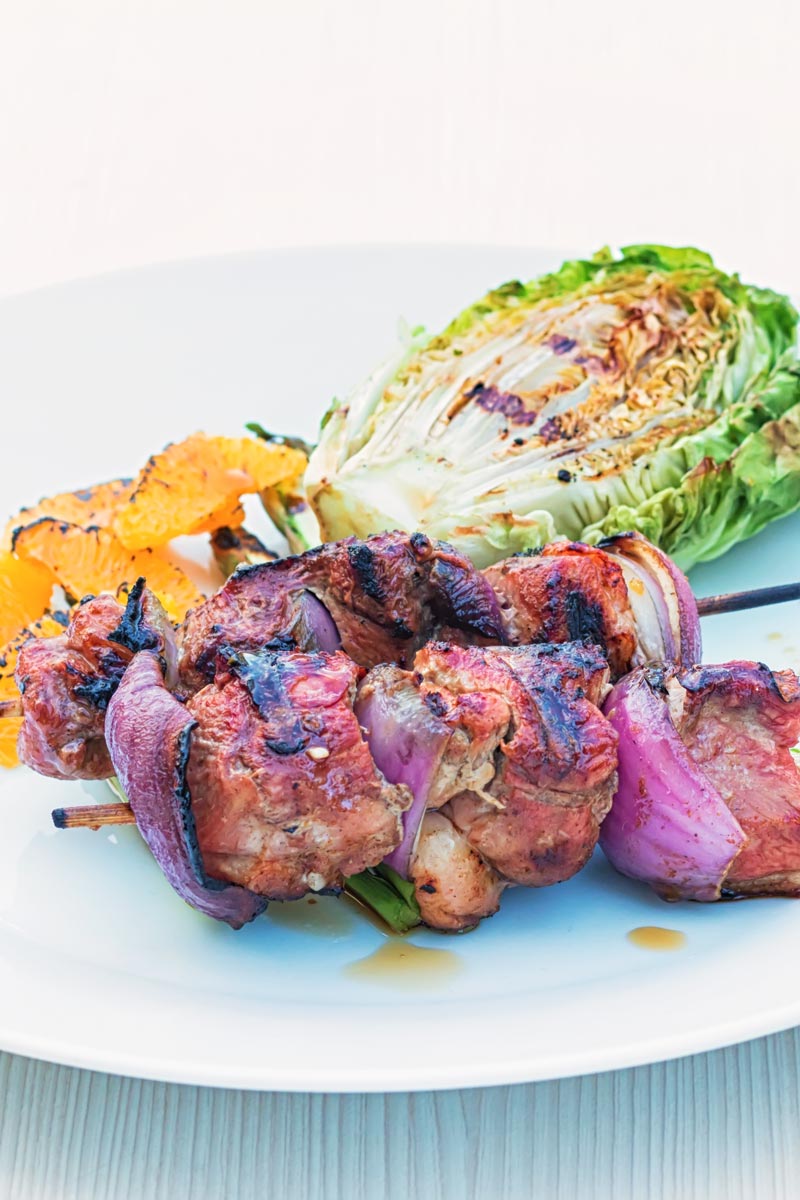 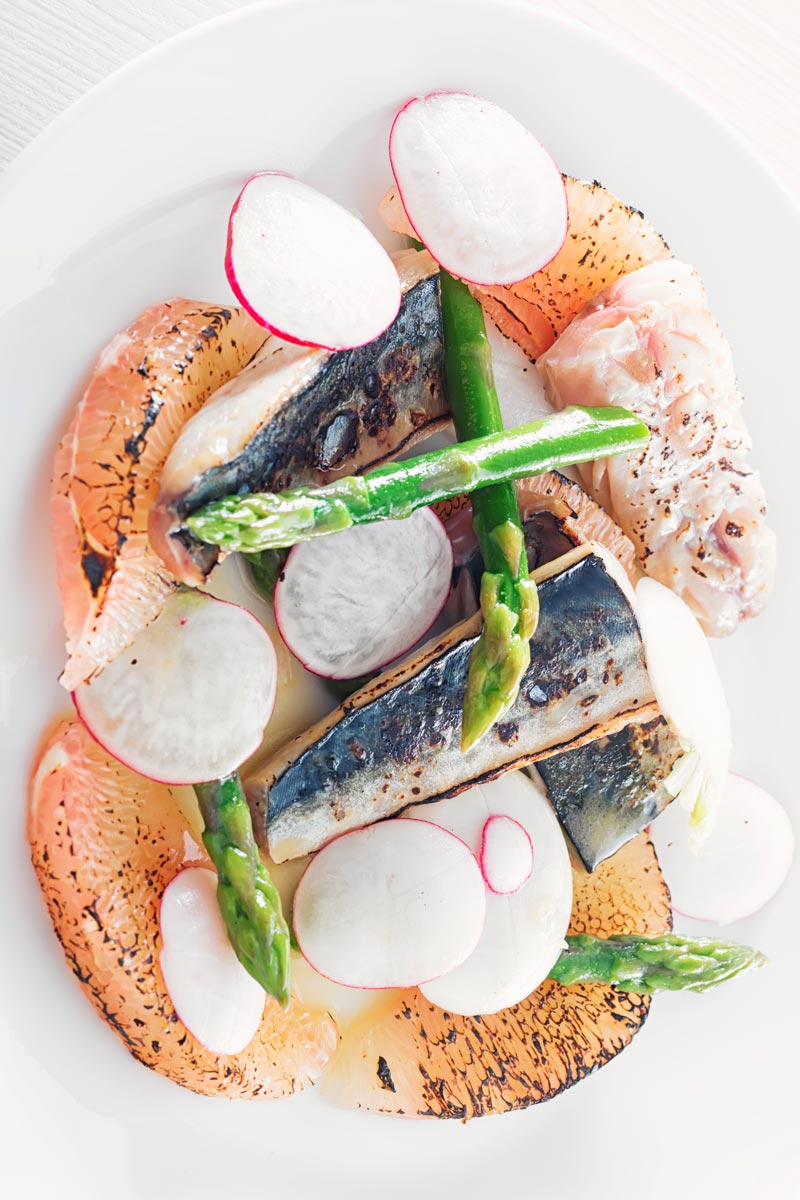 Hi Brian! Looking forward to trying this. One question: The ingredients for the chicken tikka says 75g (half cup) of onion, does this refer to the onion that is quartered and added to the skewers or is it to be chopped/pureed and added to the marinade? Thank you.

Hi Karon... The onion goes on to the skewers and not into the marinade, thanks for pointing out that is a little unclear, I have updated the recipe to make it a little clearer :)

Hi Brian Just making your chicken tikka recipe and am a bit confused as what you do with the onion quarters, do they go in the marinade? I’m also having trouble getting Fenugreek leaves, can I substitute with Fenugreek powder or seeds? I have made your lamb madras and your chicken jalfrezi and I have to say they are amazing so thank you for the recipe.

Hey there Daniey, I can see where the confusion is coming in here, I have moved the positioning of the onion to a more appropriate spot in the recipe instructions. But the onions do not need to go into the marinade, they are just threaded onto the skewers with the chicken after it has been marinaded and just before it goes under the grill :)

Yes you can sub for seeds or powder, try starting out with 1/2 tsp in with the rest of the spices in the sauce and see where you go from there.

BTW so glad you like what you have cooked so far :)

I have every ingredient in my pantry/freezer except for the yoghurt and tomato pasata. I just ordered the pasata on-line and when it arrives I will just run to the store for the yoghurt. I have made a few of your Indian recipes before (hence having all the ingredients), and based on those experiences, I can't wait to try this. I also plan on making some of the other Indian dishes on this thread. Thank you!

Thanks Gail... Glad you are enjoying a stroll through my curry recipes, I seem to have a 'thing' for curry.

this sounds amazing bud and can't wait to try it. ps your pathia is lovely. Ash

Cheers Ash! Glad you like the pathia, probably my favourite curry dish both at home and out and about :)