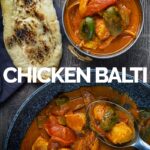 A Chicken Balti is the pride of Birmingham and a curry not of Indian but Anglo Indian heritage dating from the late 1970’s and went global!

A chicken curry in a well spiced gravy with plenty of vegetables and of course it most be served with a naan bread.

This Balti Curry recipe probably says more about where and when I was raised than any other recipe here on Krumpli.

I was born in the mid-1970’s in Birmingham. If it were to be a Country its national dish would almost certainly be a Balti!

As with many foods, there are arguments about the origin and I will stay away from most of that nonsense.

However, the Balti is ‘officially’ credited as being ‘created’ in a place called Adils in 1977.

A place now noted as the Balti triangle, a place I remember very well indeed.

A place where classic Indian curries like chicken saag and lamb rogan josh are second on the bill!

What is a Balti Curry?

The name Balti actually refers to the bowl or karahi that the curry is cooked and served in rather than the curry itself.

I cook mine in a frying pan, because at home we use frying pans and not fierce gas burners with rounded bottom pans.

A Balti follows a common theme of either meat or vegetables in a thick tomato-based sauce or “gravy”.

That thick heavy balti sauce left in the bottom of your dish must be cleared with a naan bread.

Ordering anything else in an Indian Restaurant in Birmingham would have resulted in raised eyebrows.

Apart from that the flavour of your curry will vary massively depending on where you eat it.

There is no such thing as an Authentic Balti Recipe! Anyone who tells you different is trying to sell you something that simply ain’t true.

This recipe is very simple to tweak and change.

That is because this balti curry recipe is prepared using the curry house tradition of preparing the sauce separately and adding to “stir-fried” ingredients.

One of the most common variants of this recipe is a chicken tikka balti.

You may not be shocked to know that it is identical to this recipe but it uses chicken tikka rather than raw chicken.

As for the vegetables, knock yourself out, chuck in anything that is good!

You can easily turn this into a vegetarian balti by dropping the chicken.

Go with par-cooked potatoes or cauliflower, maybe even chickpeas, or all of them!

This chicken balti recipe is a chicken curry recipe that screams of its home town, Birmingham in the UK and it is a recipe I am very proud of!

Wow a blast from the past! I remember going to Adils in the early 80’s for their Balti and table naan ( size of the table), menus under glass on the table. Especially after a night at the Fighting Cocks or Trafalgar. Great times. Now living in Kenya and needing some Brummie classics to put on my menu here in sunny Nakuru; nestled in the Rift Valley.

I was a little later, my Balti adventure started in the late 80's! This recipe was born out of a similar motivation, there ain't many cuurry houses in rural Hungary, although I suspect even fewer in Kenya :)

This recipe is long overdue a bit of a make over and it is on ly list to give a tickle to.

I've never tried an authentic Brummie Balti, but I used to live in a shared house in the 90s with 4 from that way. They introduced me to the Balti, and that was it, I loved it. I moved to Australia about 20 years ago, and have cooked a shed load of currys since, but never found a Balti recipe I've been happy with.

Wow, I'm a bit surprised at this recipe. It was looking balti-ish while I was cooking, but tasted... disappointing. Then, as soon as I added the garam masala at the end, bam, it was a total transformation. It was like a step back in time... Fragrant, mildly spicy, spot on.

I made it with coriander stalks in the onion mixture, and whizzed up fresh peeled tomatoes instead of the passata and puree. I can't wait for the left overs for lunch tomorrow!

Glad you enjoyed it Darren.

Have made this 3 times now. I don't have 2 of the spices (Asafoetida, Black onion seeds) but it still came out delicious.

Excellent, both the onion seeds and asafoetida add accent flavours rather than dominant flavours so you are getting almost all of the recipe :) So glad you like it.

Hi Brian, super recipe! Cooked it the other day and was really pleased, it's bang on how I like it. Wondered, is ok to freeze the gravy and use at a later date? If so, how long would you recommend keeping for? Many Thanks, Andy

Hey Andy... Glad you like it, it is definitely my taste of home! You can definitely freeze the sauce, as a general rule you can freeze sauces for 4-6 months although they remain safe to eat long after that. Personally speaking, I tend to try and not store anything longer than 3 months, but that is mainly for my sanity and staying on top of what I have in the freezer.

Glad you enjoyed it :D 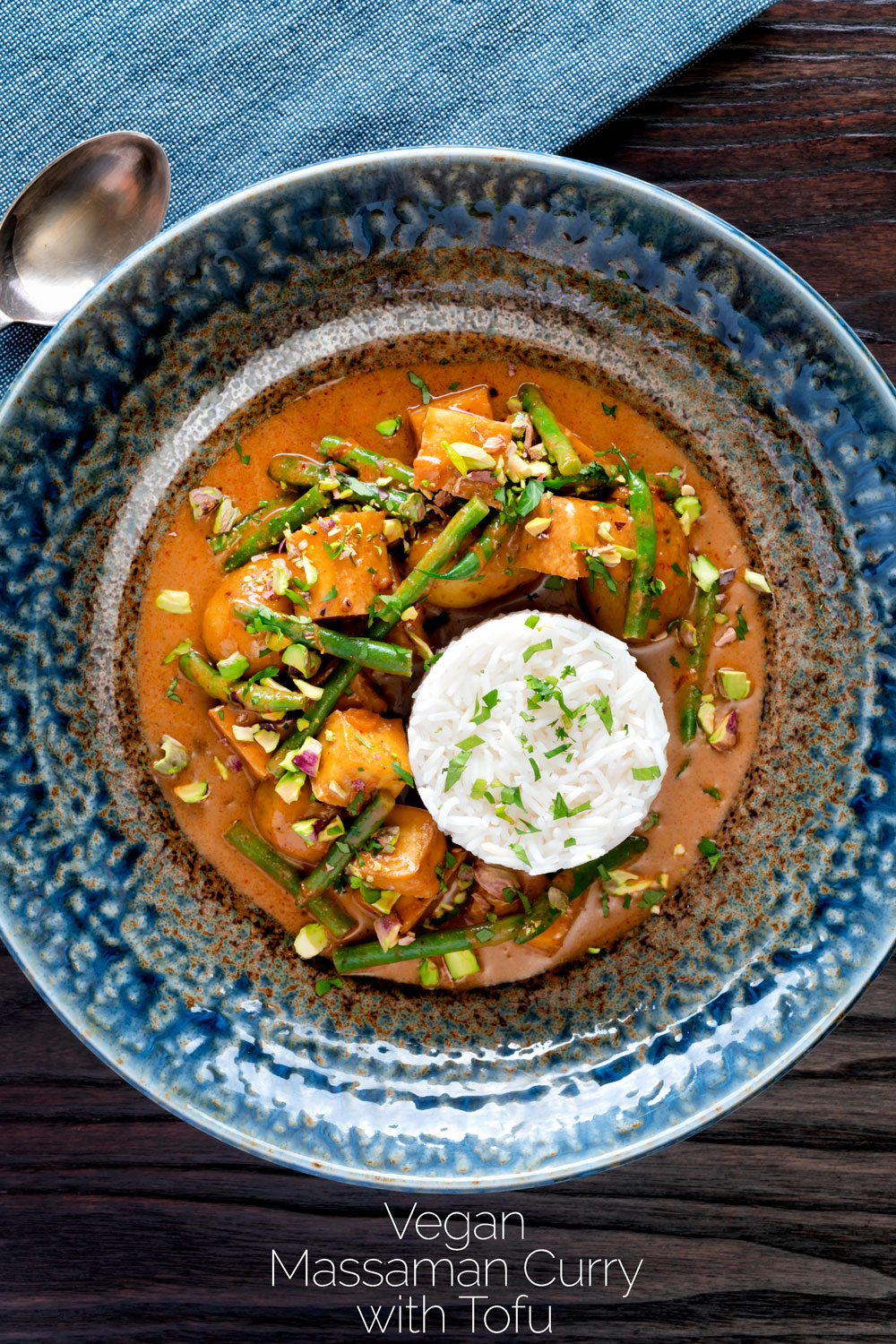