This Camembert Pork Tenderloin Fillet with Roasted Fennel recipe is a fantastic quick recipe that pulls together in 20-25 minutes. Of course like all of my recipes, it also packs a boatload of flavour!

It would seem that I have a thing for pork tenderloin fillet at the moment.

It is such a fantastic cut of meat so soft and tender but still with a good pork flavour.

As far as I am concerned I would take pork tenderloin fillet over beef fillet in a heartbeat.

This recipe takes advantage of that tenderness and flattens fairly large pieces of pork and rolls them flat.

Seriously this stuff is so soft you don’t need to bash it flat just roll with a rolling pin. Then cooks it for mere minutes keeping it nice and pink inside.

Both the sauce and the fennel side for this pork fillet recipe takes longer to cook than the meat in this dish.

Be sure you rest it though, and also to put those resting juices bake through that sauce. It really is these simple little bits that take cooking to the next level.

This particular recipe calls for flattening it out and then cooking for 4-5 minutes in butter. Rest and serve.

The Camembert and Cider Sauce.

Whilst I often associate Cider with South Eastern England it is also incredibly popular in Northern France.

This camembert and cider sauce recipe is very much French in influence.

It is just heavenly with pork and you could easily repurpose this simple sauce recipe and serve with anything from pork chops to a big roasted joint of pork.

The process of making the sauce is simple, it is really just a cider reduction enriched with sour cream, mustard.

Then some camembert cheese with the rind removed is melted through the sauce.

It is mellow, cheesy and all sorts of comforting.

What are you waiting for? To the kitchen with you!

I like to serve this with some simply boiled new potatoes, thee is lots of the sauce perfect for mopping up with them! 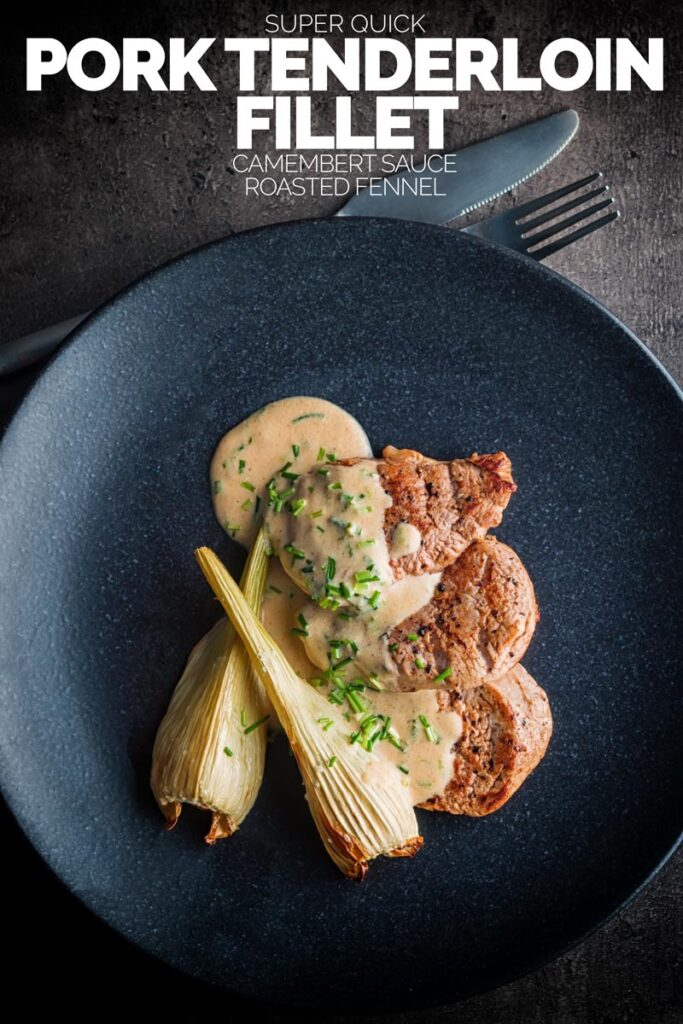