North African/Persian flavours are no stranger here and this duck tagine features more than a passing nod to those ideas.

Duck Tagine With Almonds and Dates.

A tagine is a dish named after the receptacle it is cooked in… A conical pot that returns the condensate from the recipe back into the pan.

However, to me it signifies a simple stew, rich with the flavours of North Africa or Persia.

I have not cooked a tagine in a tagine since I broke mine almost 10 years ago. There is little difference in either flavour or texture when cooked in a pan with a lid.

In fact, this is the 5th tagine recipe on my site and not one of them has been anywhere near a tagine.

Here are the rest of them, just in case this foxy duck number has not piqued your interest:

However, cooking a duck breast in a stew can add far too much fat to the recipe.

As a result, I cook the duck breast skin side down using the cold pan method that I used in my Duck a l Orange recipe.

This helps to render out the fat, which you absolutely must keep, it makes the very best roast potatoes!

This leads to a much lighter final tagine.

The duck breast is then finished off in the oven sat on top of the sauce that we create using just a little of the duck fat to get things started.

What to Serve With a Tagine.

I honestly rarely look much further than couscous as an accompaniment to a tagine.

In this instance, I have opted for a fairly simple buttered couscous.

Primarily because it is simple to cook, quick and it is the perfect vehicle to carry the flavours in the dish a little further.

It is the same reason that I used couscous as a side to my slow roast duck legs in a tamarind sauce.

In fact, in many ways you could think of this recipe as a lightened up, new season version of that recipe. 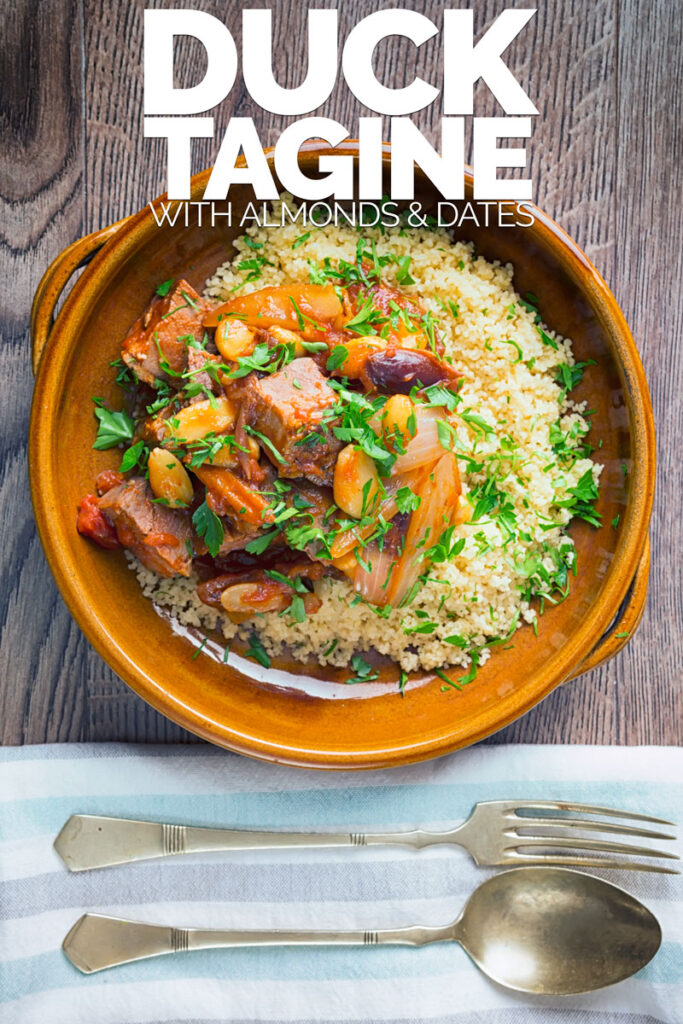