Also known as Babi Chin this Indonesian braised pork is braised in a dark soy sauce based stock and is rich, sweet and full of wonderful aromatic flavours and not only fills your belly but makes your house smell amazing!

I am always on the hunt for new stew recipes at this time of year. This recipe from South East Asia is my latest discovery.

Babi Chin is essentially pork cooked in a dark soy sauce based stock. It is superb, dark, sweet, salty and all sorts of comforting.

A simple dish to cook with a relatively unusual technique I would definitely recommend stepping out of your comfort zone to give this a try.

It also smells insanely good leaving the most wonderful aroma hanging around for a couple of hours!

This recipe is from Indonesia and Malasia and is referred to as Peranakan or Nonya cuisine. Arguably the most well-known dish from this region is beef rendang.

It is based in the foods of Chinese migrants. People who moved to South East Asia and the fusion of two foods resulted in a new cuisine.

What Cut Of Meat To Buy To Cook Braised Pork.

The key to cooking braising pork is as much in the choice of meat as it is in the cooking technique.

The first thing you need to do is look for the tougher cuts of meat and they will often be cheaper and will be useless if cooked quickly.

For this braised pork recipe I use pork blade. It is the cut of meat from the upper part of the shoulder.

It contains a perfect amount of fat keeping it moist heling to keep in tender and juicy under long slow cooking.

You could, of course, use pork shoulder, but also consider pork belly. Pork belly works exceptionally well in this recipe.

Braising is the technique I usually prefer to use when cooking pulled pork or pulled beef.

However, in this recipe, the meat is not cooked to the point where it will shred. It will still be moist and succulent but it should not break apart when pushed with a fork.

The Magic Of Fusion Food!

Fusion food often gets a bad reputation but real fusion food is at the heart of most of what we eat.

This braised pork recipe is a mix of Chinese and South East Asian food.

Probably my favourite example of Fusion food is my Beef Vindaloo recipe. My version of it is a Bengali take on a South Indian Curry, bought to me thanks to Indian Migration to the UK in the 60’s.

However, the Vindaloo was inspired by Portuguese influence in India from the 16th Century. It is descended from a dish called Carne de vinha d’alhos.

This Indonesian braised pork is braised in a dark soy sauce based stock and is rich, sweet and full of wonderful aromatic flavours and not only fills your belly but makes your house smell amazing! 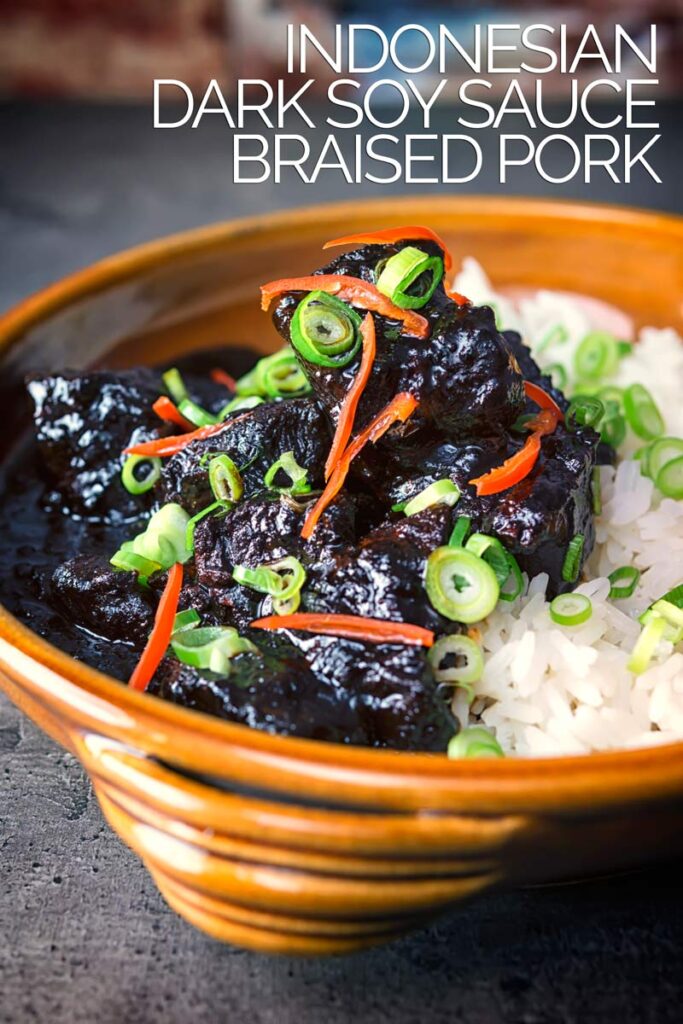 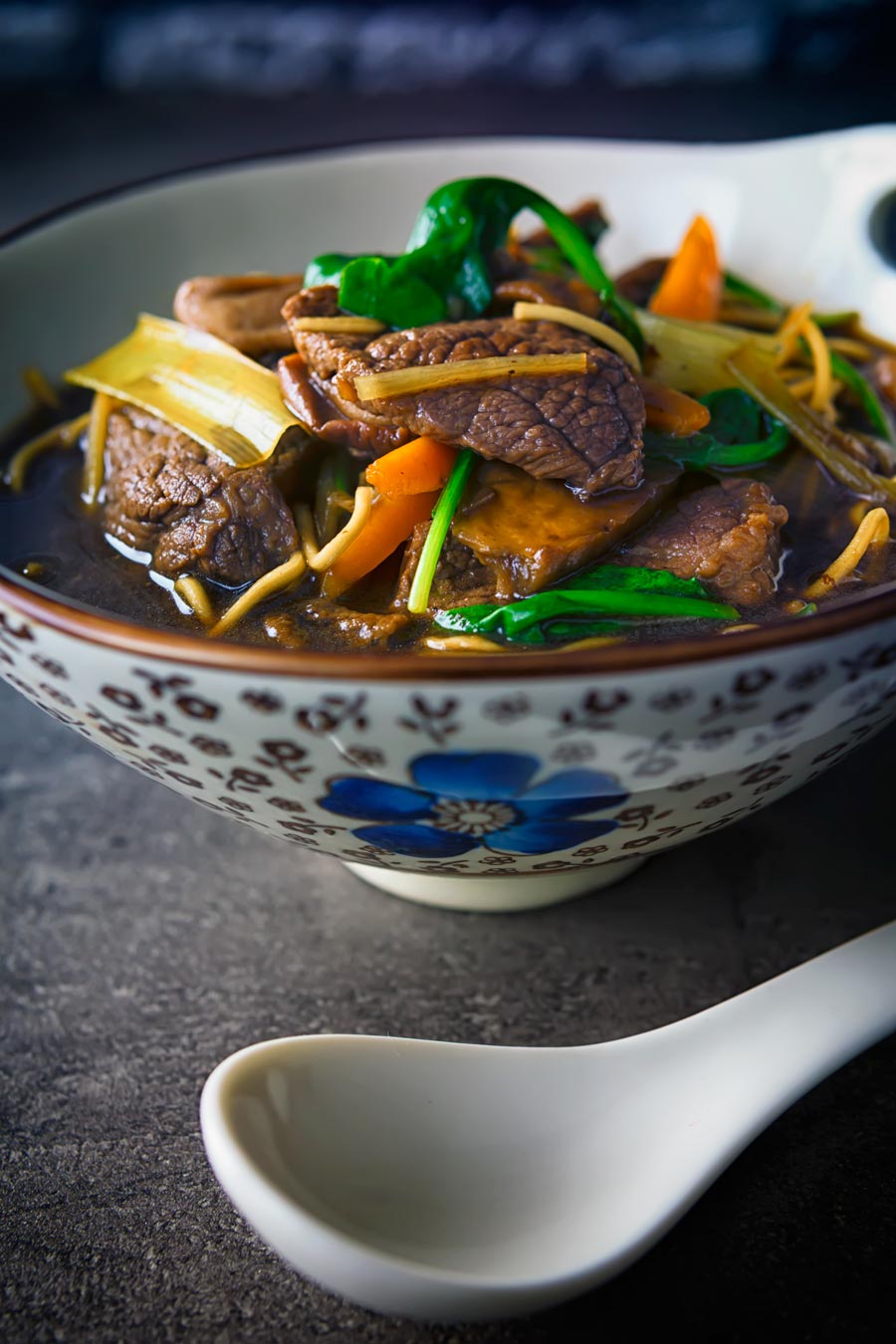 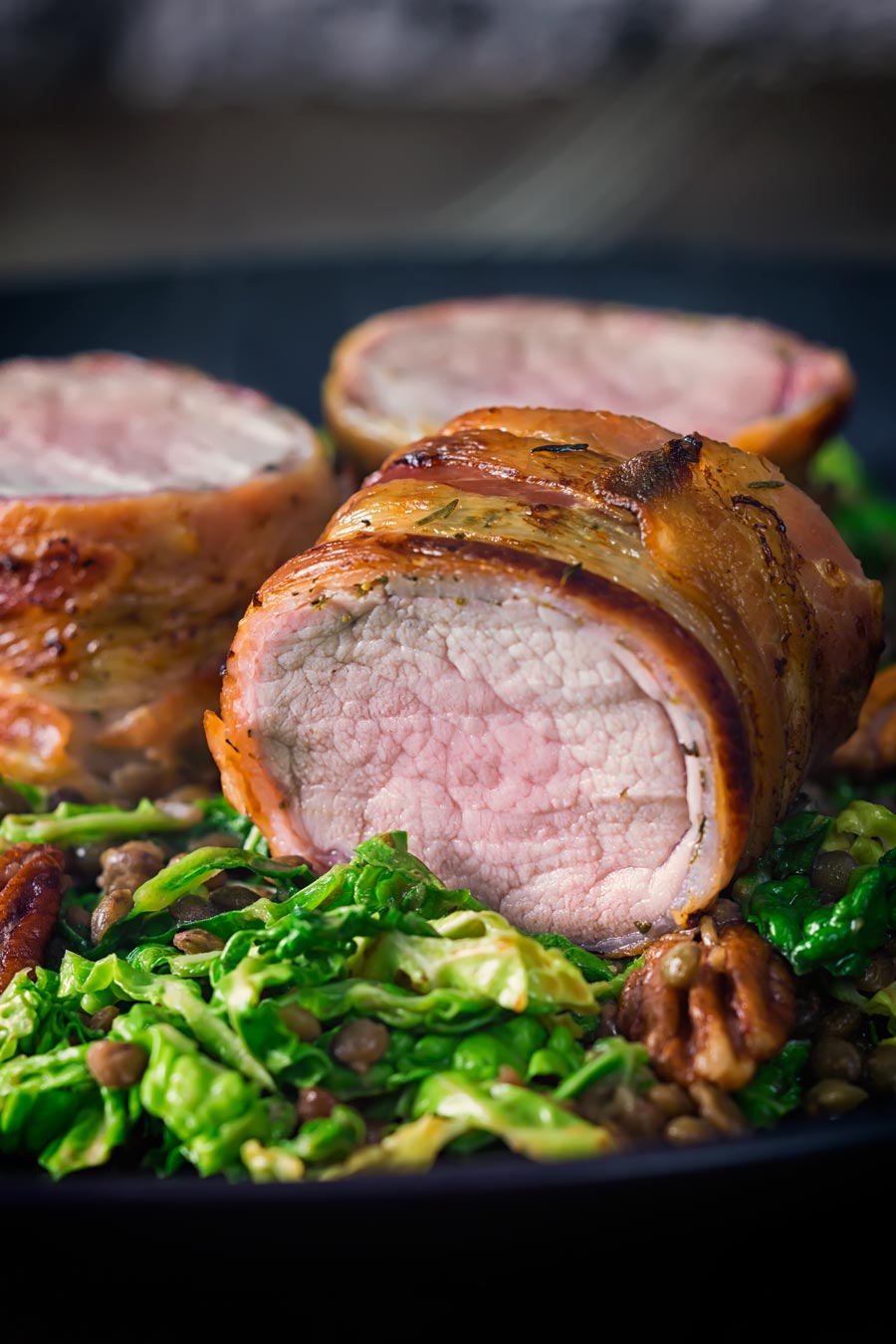 Next
Bacon Wrapped Pork Tenderloin With Cabbage and Lentils

High Brian. Lovely recipe and smells amazing. The method however does not tell you when to add the soy sauce and we were a little worried to add 750ml of water as it washed the pork clean.

Hi Steph... Just a note to update you on the availability of the video and how the dish reduces down to a thick and sticky sauce.

Hi Steph, the aroma is wonderful isn1t it. I updated the recipe a couple of days ago to fix the soy sauce thing, it is in step 9 :)

The water thing is definitely őroving to be controversial, I'm making a video this weekend to add to the post to show how it works. When I started making this I was skeptical too but, it works!

I've tried this but not with much success. Firstly your notes don't say when to add the soy sauce, so I added it with the hoisin. Next it was an awful lot of water. I simmrred it for an hour but it was still pale and there was lots of water still. I gave it another hour and it was a little darker and thicker but nothing like your photo. Any tips?

Hi Jane… Just an update to let you know I have added a video at the top of this page so you can see the level of simmer and also the size and shape of the wok I use which will also have an impact on the evaporation rates.

Hi Jane... Thank you for taking the time to write to me, I have updated my recipe with the correct spot to add the dark soy sauce, you were correct.

On to the issue with the lack of reduction of the sauce, I confess that I am at a little of a loss.

This recipe has become a firm favourite for us and I cook it regularly with no issues, my first thought relates to either your cooking device or level of heat. If you are using a deep pan with a shallow lid then you will not get as much evaporation and reduction, likewise if the temperature is not hot enough.

I have a plan that will hopefully clear things up a little for you. I will add this into my cooking schedule for next weekend and I will turn it in to a video, it will probably take me a little while to process the video, but when I have it done I will drop you an email. It should clear up some of this misunderstanding.

I'll have to convert this outta the metric system, but I'm seeing myself eating this soon!

Enjoy Chris, if you get a set of battery powered scales they will skip back and forth between the two and have a 'tare' function to set to zero. Priceless in the kitchen and cost just a few dollars.

What a delicious sounding dish and interesting combination of ingredients - its making my mouth water!

Thanks Bintu, it perked my interest too and has become a firm favourite very quickly!

This dish sounds wonderful and flavoursome. I can really imagine the fantastic aroma this must give, and how good it will taste. A great idea for a Friday night treat, and a good excuse to avoid buying takeaway.

Thanks Helen, it is jolly good in all sorts of ways :) 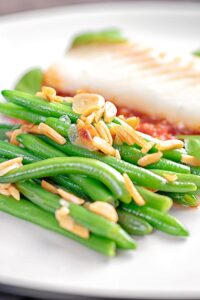