Stuff on sticks are a ubiquitous part of any good BBQ and this BBQ Duck Kebab recipe adds a whiff of ‘luxury’ to an age-old idea.

I just had to kick off this years BBQ recipes with these kebabs. They feature simple classical flavours that work really well together.

I give them a little Asian leaning and they are perfect for early summer and late spring.

And yes I am cooking lettuce again! I will keep flogging this horse until people pick up on it.

It is a technique I use in the side to my roasted Pork Loin with Carrot recipe and coronation chicken recipes.

Lettuce is not just something to throw in a side salad, it is a viable real ingredient that we should take as much care of as any other ingredient.

Can I Cook These Indoors?

As with all BBQ recipes it is pretty simple to convert them to being cooked indoors.

The cooking process here is very similar to the one I use in my Indian duck Curry recipe.

Just like that recipe all you would need to do to cook these duck kebabs indoors is slip them under a broiler.

Use a meat thermometer to check the internal temperature once you have a nice char. Then transfer to an oven until they are cooked to your liking

A kebab or kebob is nothing more than stuff on a stick. Being on a stick essentially makes things easier to turn when cooking.

They are great for a BBQ particularly when you are feeding an army because you can just prepare lots of ingredients and allow people to make their own.

But they are just as good made for two as in this recipe or indeed my pineapple chicken kebab recipe.

What are your favourite kebabs, I’d love to hear some new fresh ideas!

You can cook this dish under a grill or broiler in the same way I did my duck tikka masala. 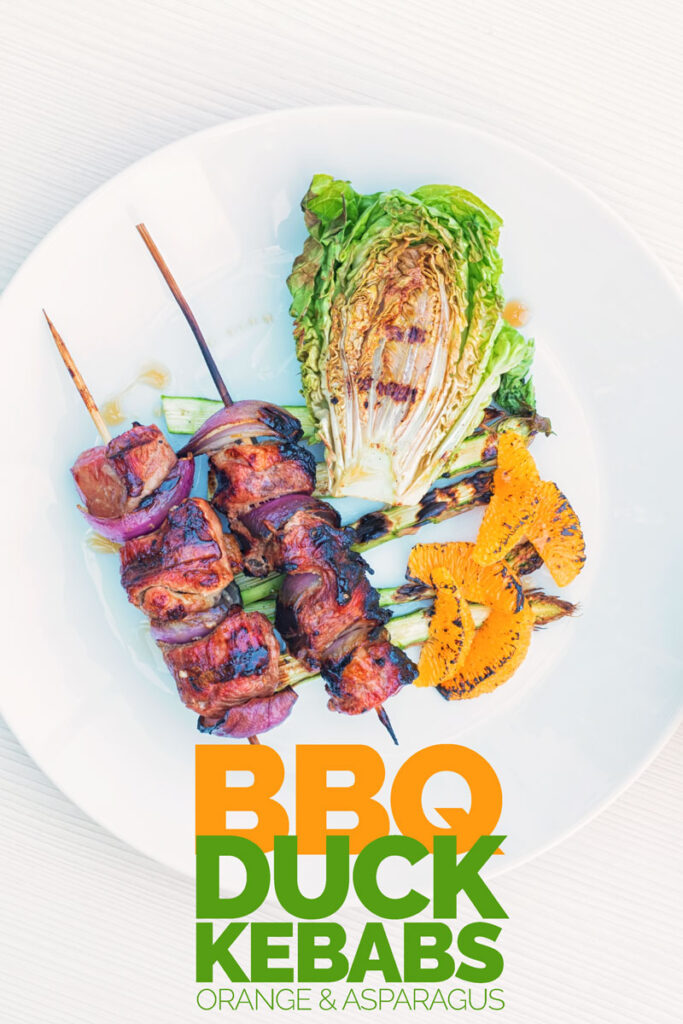